Floods in Panama cause significant damages 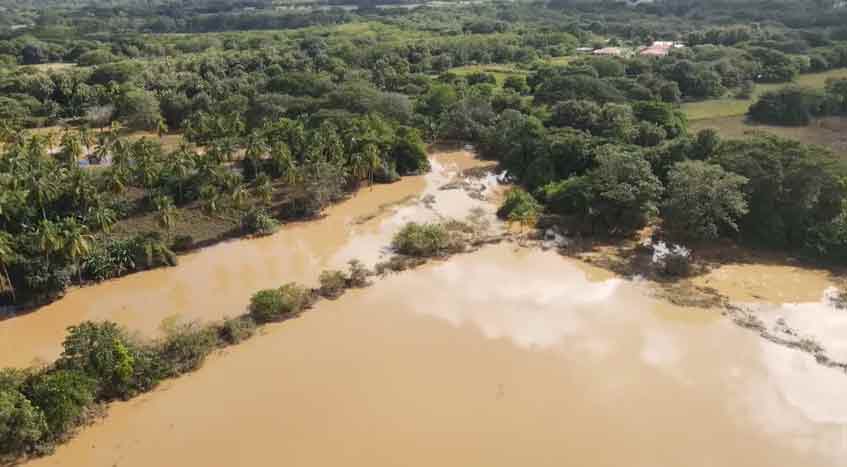 Floods in Panama cause significant damages

According to the report of the National Civil Protection System (Sinaproc), the provinces most affected by the storm were Los Santos, Herrera and Veraguas.

After an evaluation, following a partial lowering of the water level, it was determined that in 16 sectors of Tonosí, district of Santeño, some 255 houses were damaged by the introduction of water.

In that area, 112 people were rescued after being trapped in their homes and Pueblo Nuevo was the most affected sector, and a part of the Cambutal-Tonosí road collapsed, according to the report.

The governor of Los Santos, Rubén Villarreal, reported that floods of such magnitude have not been recorded since 1973 and there were significant losses in the agricultural sector, especially in rice plantations.

Classes in all official and private schools in the provinces of Herrera and Los Santos, as well as in the districts of Santa Fe, Mariato and Soná, in Veraguas, were closed.

On the other hand, the president of the Asociación de Porcicultores Unidos de Panamá, Juan Guevara, indicated that they counted more than one thousand dead pigs as a result of the flooding of the La Villa river, which generated a loss of US$ 250 thousand.

At the moment, the overflowing of this reservoir affected 30 producers who, in addition to losing part of their pork deliveries for consumption in the region, were also left without food for the rest of their animals, he added.