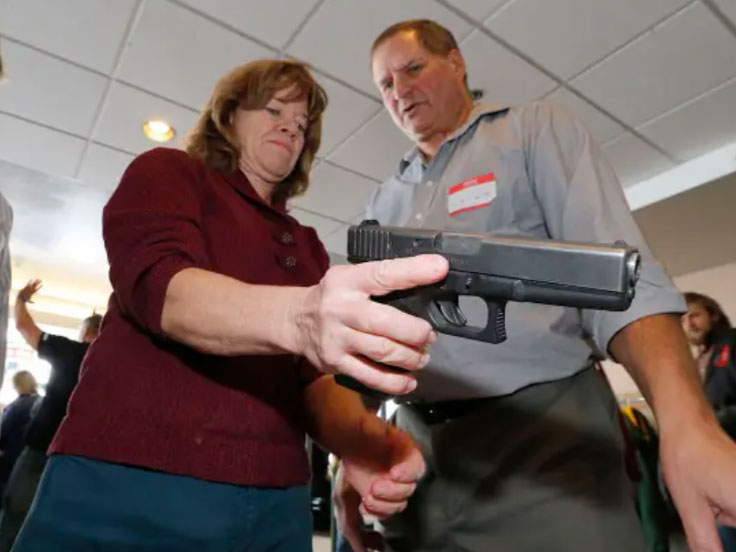 Washington, Nov 17 (Prensa Latina) To respond to the threats of such increased attack tolls in U.S. schools, Texas laws have taken the controversial step of authorizing school staff, other than security guards, to carry firearms on campus.

In the aftermath of the shooting in Uvalde that killed 19 children and two teachers, Texas Republicans have urged schools to arm up and “harden the target.” But Texas state laws regulating armed staff are sparing, allowing school districts to decide for themselves the type, and amount, of training school staff need to carry guns on campus.

According to the Texas Association of School Boards, “school districts can grant written permission for anyone, including designated employees, to carry firearms on campus” under Texas Penal Code 46.03, but the law does not lay out standards for training.

The only thing a school employee needs in order to carry a firearm on campus is a license to carry, which requires a background check and a proficiency demonstration. Otherwise, individual districts determine the amount and type of additional requirements, which can include active-shooter training courses and psychological evaluations.

A Texas School Safety Center audit found that as of 2020, 280 school districts out of 1,022 have adopted some version of one.

Despite these efforts to arm teachers, Sonali Rajan, a school violence researcher at Teachers College, Columbia University, says there’s no evidence that it makes schools safer.

“There is no science available at the moment, absolutely none, that shows that arming teachers would either deter gun violence from happening to begin with, nor would it deter or reduce the lethality of a shooting once it was occurring,” said Rajan. “There is evidence that shows very clearly and very definitively that the increased presence of firearms leads to increased firearm violence and firearm related harms.”

Since January, 50 people have been killed and 122 injured in at least 152 incidents of gunfire on school grounds across the U.S.

China’s new manned mission on its way to space station

China’s new manned mission on its way to space station