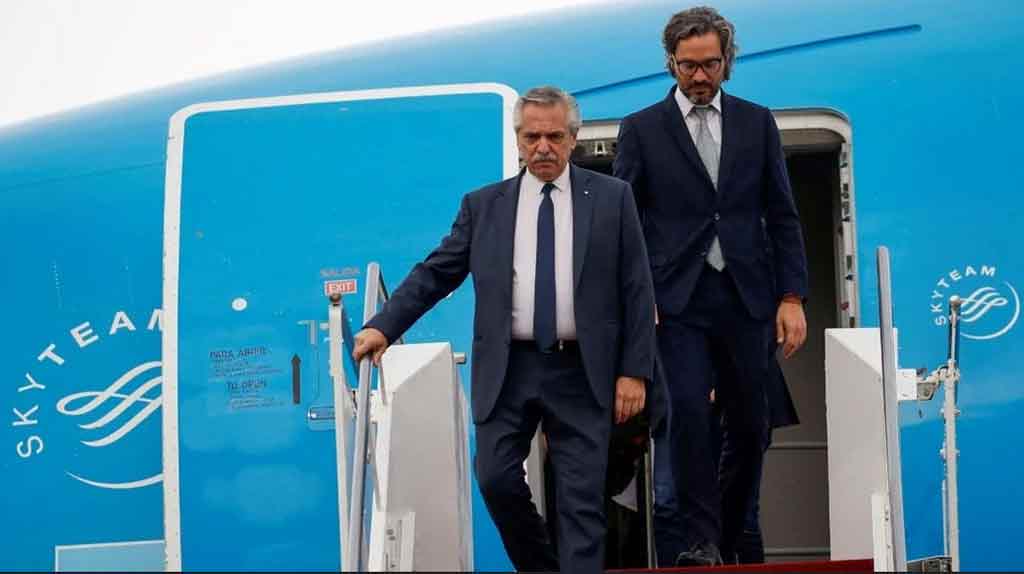 Buenos Aires, Nov 18 (Prensa Latina) Argentine President Alberto Fernandez returned home on Friday after a tour of France and Indonesia, and a stopover of several hours in Spain.

According to the Communication and Press Secretariat, the president arrived in Argentina at 5:30 a.m., local time, after completing an extensive working agenda. He was accompanied by Foreign Minister Santiago Cafiero, Economy Minister Sergio Massa and other government officials.

Fernandez began his tour on November 9, and on November 11 and 12 he attended the 5th Paris Forum for Peace, where he advocated for renewed multilateralism and solidarity in his role of pro tempore president of the Community of Latin American and Caribbean States (CELAC).

He met with his French counterpart, Emmanuel Macron, with whom he discussed Argentina’s role as a globally relevant food producer and exporter.

They also discussed the development of renewable energies, the promotion of the lithium, knowledge, and pharmaceutical industries; and the construction of a world that respects the needs and interests of all States.

According to the Secretariat, Mr. Fernandez noted the need to listen to the voice of the South and to prevent Latin America from paying the costs of the cooling of the economy.

In Bali, Indonesia, Fernandez participated in the Summit of G20 Leaders but had to suspend most of his program due to a sudden upset caused by erosive gastritis.

On his way back, the head of State visited Madrid, where he was received by the second vice president of the Spanish Government and minister of Labor and Social Economy, Yolanda Diaz.

We discussed the challenges of the world of work and the need to continue expanding the people’s rights in order to build better societies based on work, Fernandez noted.