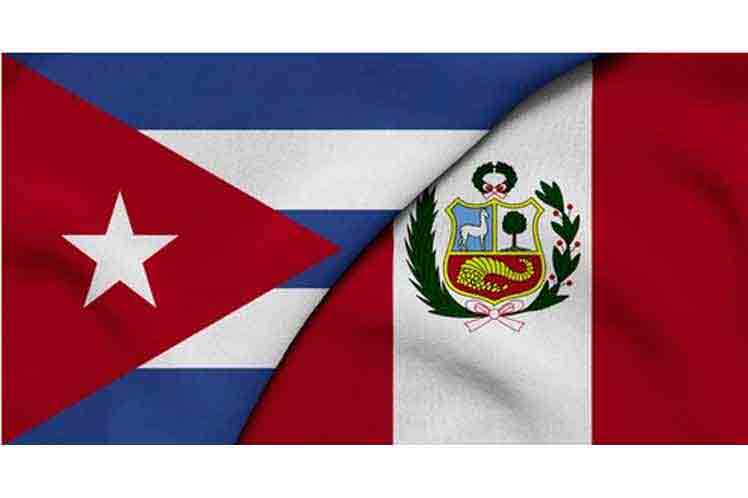 Havana, Nov 18 (Prensa Latina) Peruvian Ambassador to Cuba Gonzalo Guillen on Thursday highlighted the importance of diplomatic relations between the two countries, established 50 years ago, which he described as mutual respect, appreciation, brotherhood, and of a historic origin.

The career diplomat, who took office in Havana this year, said that the peoples of both nations have a common background while pointing out that all Latin American countries share a common or very similar history.

Guillen made exclusive statements to Prensa Latina at the inauguration of an iconographic exhibition by Felipe Huamán Poma, which is considered an exceptionally valuable work on the ancient Andean civilization against the Spanish colonizers.

Facsimiles of nearly 1,200 pages, a combination of drawings and texts, were exhibited at the Casa del Libertador Simón Bolívar, in Havana, with the presence of Latin American diplomats, intellectuals and Peruvians residents in Cuba, among other guests.

Guillen added that his embassy also wanted to dedicate the opening of the exhibition to the 503rd anniversary of Havana, which is celebrated these days with numerous cultural events.

This is an exhibition that unites the people, even more, to make us know more. It is part of recognizing ourselves. The ambassador recalled Cuba’s gestures of solidarity with the Peruvian people, for example, after a violent earthquake that shook his country in 1970, when thousands of Cubans donated their blood, led by the leader of the Cuban Revolution, Fidel Castro. “We have clear evidence of the appreciation that Cuba has for Peru,” he said.

In the same context, he noted that in recent weeks, colloquiums and debates with Cuban historians, writers, and diplomats have been held in Havana about such figures as Peruvian soldier Leoncio Prado, who participated in the first struggles for independence in Cuba, as well as Antonio Núñez Jiménez, the first Cuban ambassador to Peru after the triumph of the Revolution, and the former Peruvian Foreign Minister Raúl Porras Barrenechea, who opposed Cuba’s expulsion from the Organization of American States (OAS) in 1960.

Finally, Guillen pointed out the recent celebration in Havana of the 100th anniversary of the book Trilce, by prominent Peruvian poet Cesar Vallejo.