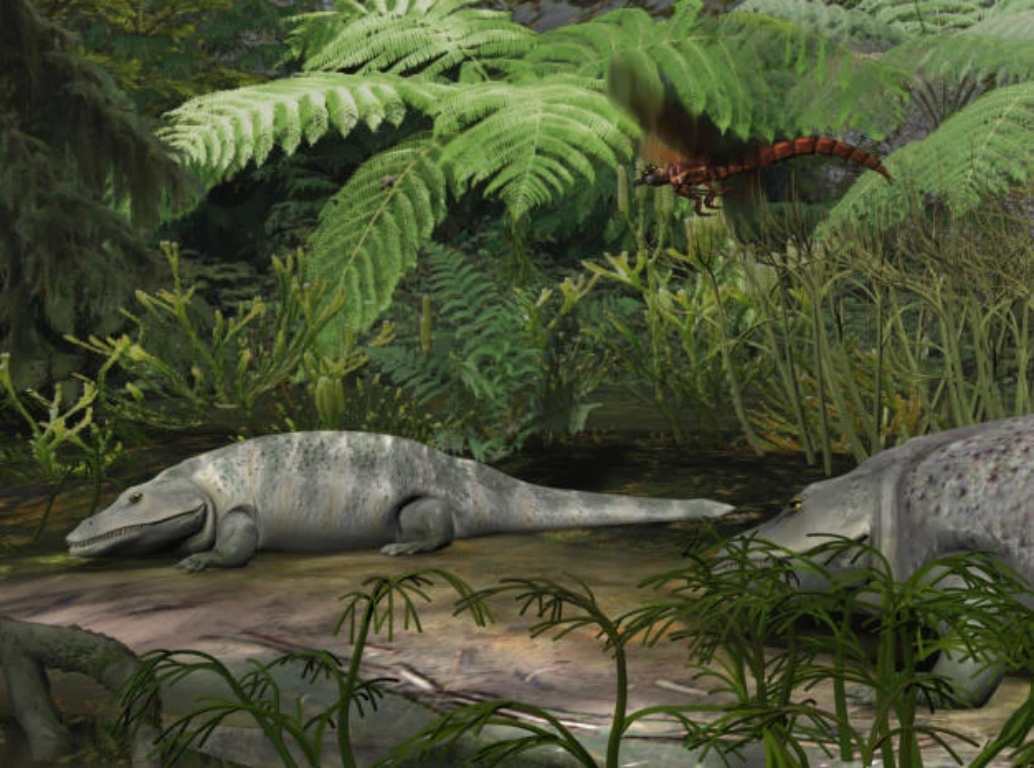 Sydney, Nov 21 (Prensa Latina) A team of scientists led by Lachlan Hart, a paleontologist and PhD candidate in the School of Biological, Earth and Environmental Sciences at UNSW Sydney, has assessed several methods of estimating the weight of the last of the temnospondyls -amphibians that look more like – became extinct during the Cretaceous period, about 120 million years ago, after thriving on Earth for over 200 million years, reached up to seven meters long and weighed about 260 kgs.

“Estimating mass in extinct animals presents a challenge, because we cannot just weigh them like we could with a living thing,” said Mr. Hart. ¨We only have the fossils to tell us what an animal looked like, so we often need to look at living animals to get an idea about soft tissues, such as fat and skin.¨

“Some grew to enormous sizes, six or seven meters long. They went through a larval (tadpole) stage just like living amphibians. Some had very broad and round heads – such as Australia’s Koolasuchus, recently named as the Victorian State Fossil Emblem – and others, like the temnospondyls we used in this study, had heads that were more croc-like.”

The 1.8 meter-long Eryops megacephalus lived during the Permian period in what is now the USA, while the slightly longer Paracyclotosaurus davidi is known from the Triassic of Australia. The more aquatically inclined Paracyclotosaurus was the heftier of the two, tipping the scales at roughly 260 kilograms, where Eryops was a more modest 160 kilograms.

“The size of an animal is important for many aspects of their life,” said Mr. Hart. “It impacts what they feed on, how they move and even how they handle cold temperatures. So naturally, palaeontologists are interested in calculating the body mass of extinct creatures so we can learn more about how they lived.

Because temnospondyls have no direct living relatives, the team of scientists had to assemble a selection of five modern ‘analogues’ (such as the Chinese Giant Salamander and the Saltwater Crocodile) to test a total of 19 different body mass estimation techniques to determine their suitability for use in temnospondyls.

“We found several methods which gave us consistently accurate body mass estimations in our five living animals, which included using mathematical equations and 3-dimensional digital models of the animals,” said Dr Nicolas Campione from the University of New England, Armidale, an authority on body mass estimation who was also involved in the study. “We hypothesized that as these methods are accurate for animals which lived and looked like temnospondyls, they would also be appropriate for use with temnospondyls.”

Dr Matthew McCurry, Senior Lecturer in Earth Science at UNSW, and co-author on the study said, “This work has shown there are multiple methods for estimating mass in temnospondyls.