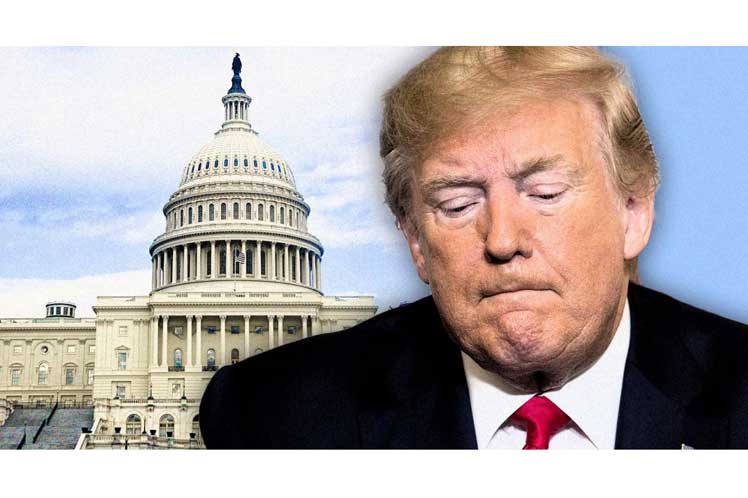 Washington, Nov 21 (Prensa Latina) Only one Republican senator has announced publicly that he will support former President Donald Trump´s 2024 reelection bid, a sign of the uphill battle Trump faces in his quest to win the Republican presidential nomination and a second term in the White House.

Sen. Tommy Tuberville (R-Ala.) told reporters this week that he will support Trump’s candidacy for president and praised his track record in the Oval Office.

In recent days, Tuberville told the press that he will support Trump and praised his record in the White House, although this included two impeachments in less than two years and now Trump is the center of two investigations by the Department of Justice (DOJ).

The vast majority of Senate Republicans are staying neutral for the time being, waiting to see who else jumps into the primary, whether Trump gets hit with a criminal indictment from the Justice Department after Friday’s appointment of a special counsel and how events play out before the 2024 Iowa caucuses.

Even Sen. Lindsey Graham (R-S.C.), perhaps Trump’s closest ally in the Senate, hasn’t endorsed Trump’s candidacy, though he praised the former president’s campaign kickoff speech and says he will be “hard to beat.”

Sen. Mitt Romney (R-Utah), an outspoken critic of Trump, said almost the entire Senate Republican conference did not want him to announce his presidential campaign on Tuesday, fearing it would create a major distraction ahead of the Georgia Senate runoff.

“I think we’re going to be looking at the other people who may run,” Romney added.

According to analysts, bringing charges against a former president would be an unprecedented move for DOJ, which would likely want to begin a prosecution before the 2024 elections.

Local media praised there was already enough evidence for the indictment and among crimes he may have committed are solicitation to commit electoral fraud, violations of RICO laws (with penalties against extortion), espionage and obstruction of justice.