DPRK: US aims to aggravate crisis in Korean peninsula 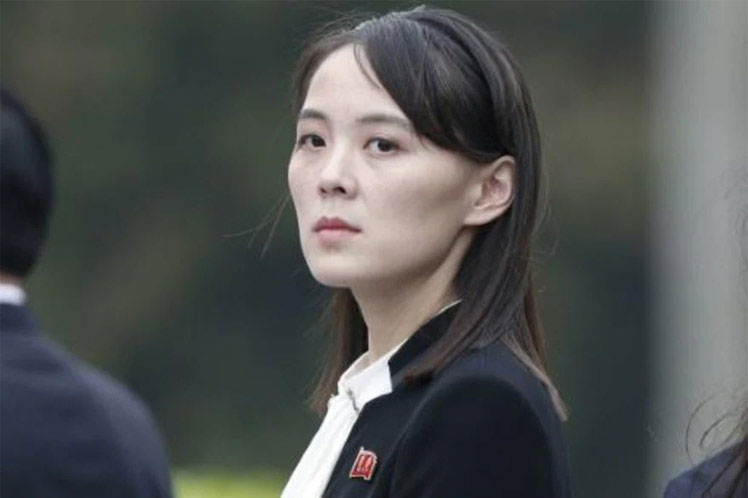 DPRK: US aims to aggravate crisis in Korean peninsula

Pyongyang, Nov 23 (Prensa Latina) The deputy head of the department of the Central Committee of the Workers’ Party of Korea, Kim Yo Jong, denounced a new attempt by the United States and its allies to condemn the DPRK during the meeting of the UN Security Council, with the express goal of aggravating the crisis on the Korean peninsula.

The UN held an open meeting on November 21st, under the instigation of Washington, questioning the test launch of the new Hwasong-17 ICBM, aimed at condemning the DPRK’s response to increased military threats, said the official in a statement released by the ACNC news agency.

At the end of the meeting, the US, UK, France, Australia, Japan and South Korea released a joint statement, which the source called ridiculous due to “the US government’s venting of its anger over its failure to meet its objectives.”

Kim Yo Jong described the new actions within the UN Security Council as a flagrant violation of North Korea’s sovereignty and a serious political provocation.

The official also denounced the double standards of the meeting, since the DPRK’s inalienable right to self-defense was questioned, while the frequent and dangerous military maneuvers aimed at threatening Pyongyang and the buildup in armed forces by the United States and South Korea went ignored.

Kim Yo Jong assured that North Korea will defend its national security and will face to the last consequences anyone who tries to censor that right.

She also warned the United States of the fatal consequences it could face if it continues its hostile actions against the DPRK.

Thousands of South Koreans died in 2022 without family reunification

Thousands of South Koreans died in 2022 without family reunification