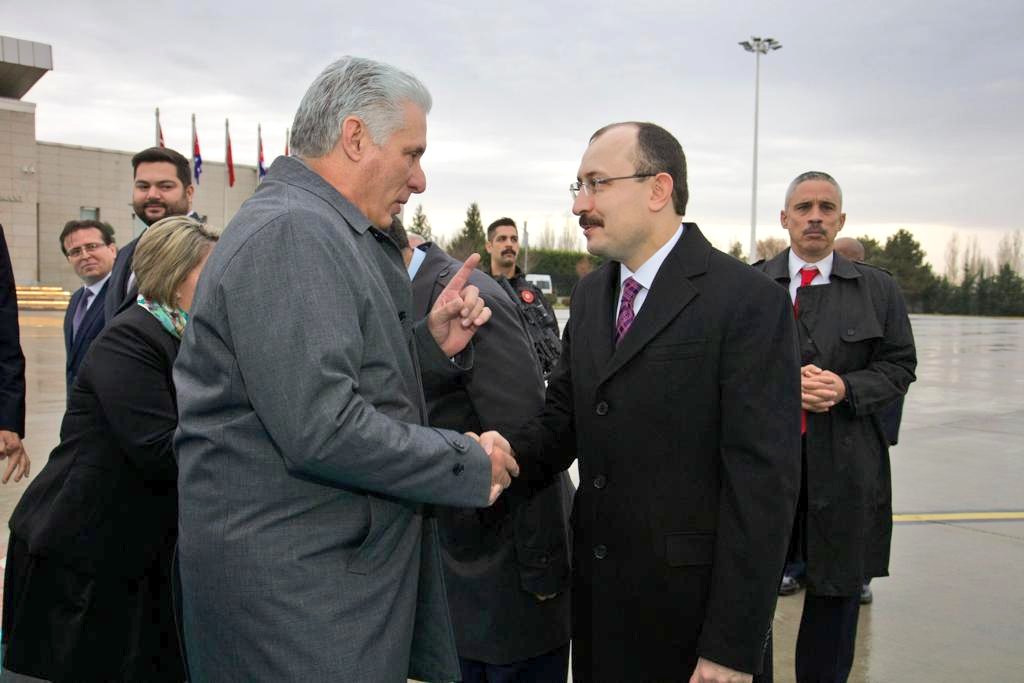 Both actions took place during his visit to Ankara, where he arrived from Russia on Wednesday.

At the Presidential Complex of the Republic of Türkiye, Diaz-Canel was officially welcomed by his host and later they signed agreements of bilateral interest.

“It was a very fruitful and encouraging exchange in which we ratified the will to strengthen political relations,” the Cuban president told reporters.

Diaz-Canel also underscored “the good level of dialogue in multilateral forums, and the existing opportunities to promote exchanges in those scenarios, as well as between the respective foreign ministries.”

He expressed satisfaction with the resumption, after the Covid-19 pandemic, of visits of governmental, parliamentary, and business delegations in both directions.

The Cuban head of State added that in recent months there has been an upward trend in bilateral trade and “we agree that there is a significant potential for expanding and diversifying economic, financial, and cooperation relations between our countries.”

Diaz-Canel thanked Erdogan, on behalf of the Cuban people, for “Türkiye’s support for the call to end end to the economic, commercial and financial blockade imposed by the United States on Cuba.”

“We will conclude our visit with great optimism in the future of relations between Türkiye and Cuba, and absolute confidence that they will continue to strengthen and expand them for the benefit of both peoples, the Cuban president stated.