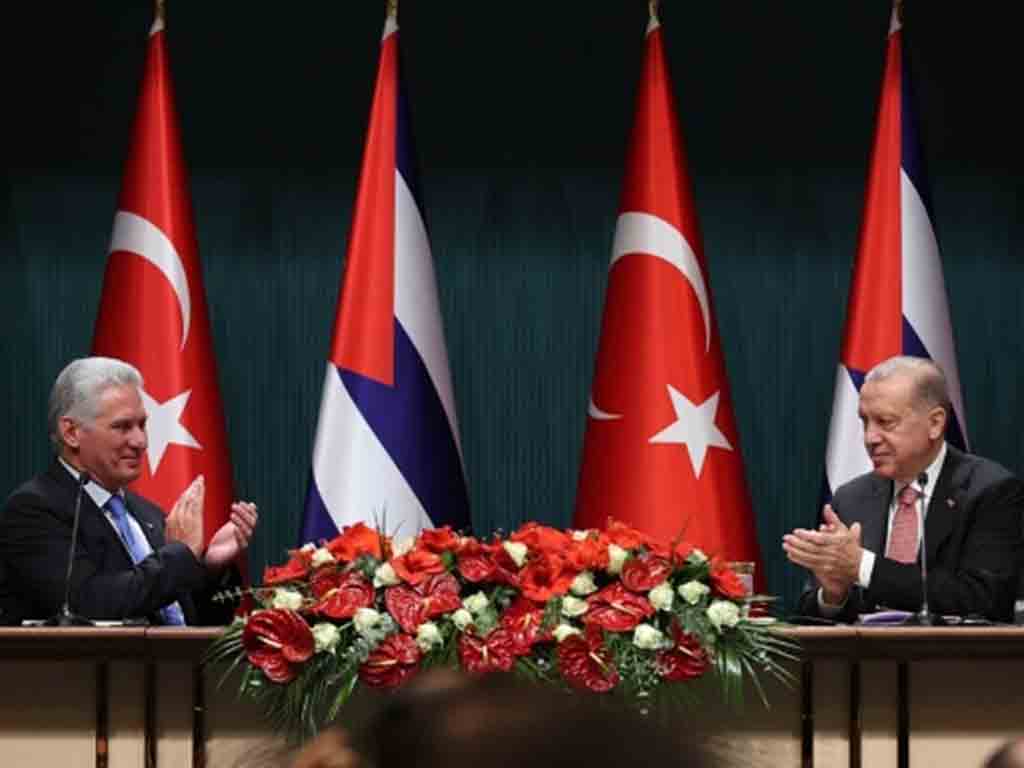 During a joint press conference at the end of official talks with Erdogan, the Cuban president highlighted areas of mutual benefit for cooperation such as biotechnology, tourism, agriculture, culture and sports.

In addition, the two heads of state referred to the creation of an intergovernmental commission mechanism and the purpose of bringing trade exchange up to 200 million dollars.

In Türkiye, the Cuban head of state also held a fraternal meeting with friends of the Movement of Solidarity with Cuba in the Eurasian country.

Diaz-Canel Bermudez said he shared the daily heroic deeds of the Cuban people in the face of the intensified U.S. blockade and expressed his gratitude for the multiple initiatives in rejection of that inhuman and criminal policy.

The President also paid tribute to the founding father of the Republic of Türkiye, Mustafa Kemal Atatürk.

The Cuban leader arrived in this country from Russia, where he met with the head of state Vladimir Putin and other high-ranking officials, with whom he analyzed the mutual cooperation plan until 2030, as well as other aspects of bilateral relations.

Putin and Diaz-Canel Bermudez attended the unveiling of a monument to the historic Cuban Revolution leader,Fidel Castro.

Previously, he was in Algeria, where he held conversations with the head of state, President Abdelmajid Tebboune, about alliances linked to the supply of fuel, the interest in collaborating in the development of medicines and vaccines, as well as the celebration, in 2023, of a session of the Joint Commission in Havana.

The Cuban delegation is also made up of Deputy Prime Ministers Ricardo Cabrisas and Alejandro Gil; Foreign Minister, Bruno Rodriguez; Minister of Foreign Trade and Investment, Rodrigo Malmierca, and the Minister of Energy and Mines Vicente de la O.

Diaz-Canel thanked Saint Vincent and the Grenadines for aid

Diaz-Canel thanked Saint Vincent and the Grenadines for aid