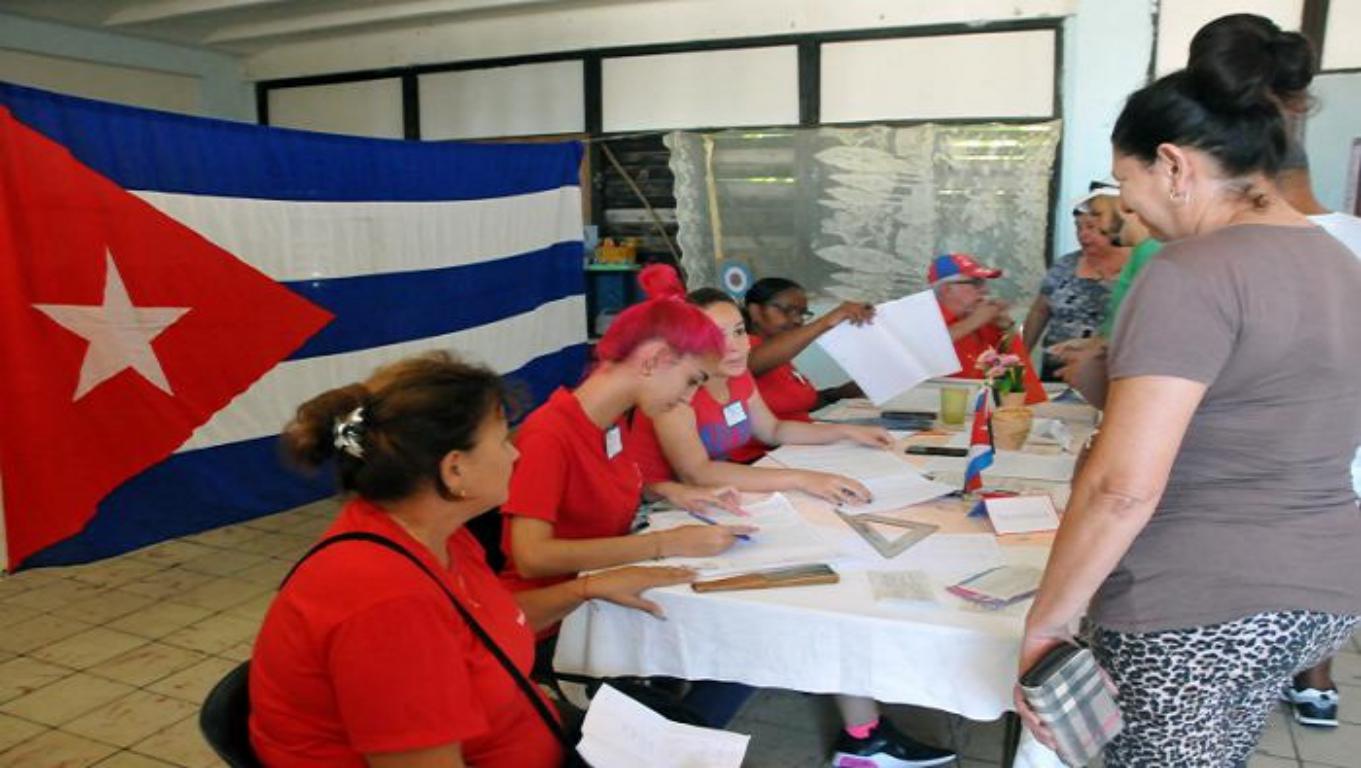 Havana, Nov 27 (Prensa Latina) This Sunday's elections in Cuba to choose the authorities of municipal legislative bodies and governments took place in an orderly manner, in a peaceful environment, the National Electoral Council (CEN, in Spanish) asserted.

Eight million Cubans were summoned to vote in the 23,480 polling stations that were set up throughout the island to choose their delegates among over 26,000 candidates.

The CEN decided to extend the scrutiny one more hour, until 19:00 local time, at the request of the authorities of many polling stations as people continued to turn out to vote.

This democratic exercise was carried out in an open and transparent manner by means of individual and secret voting, the CEN assured.

Prime Minister Manuel Marrero stressed the importance of these municipal elections, the first after the implementation of the electoral reform, to form local governments as part of the gradual process of decentralization of competences from the central government to the territorial authorities.

He reminded that the Municipal Assemblies will be constituted on December 17, which will be in charge of electing local governments and mayors.

After voting, the Cuban foreign minister, Bruno Rodriguez, expressed that the development of these elections favors the country’s institutionalization and the rule of law and social justice.

He added that despite attempts to discredit them from abroad, these elections show unity and were an exercise of true democracy.

To be elected a candidate must receive 50 percent plus one of the total votes and will exercise his mandate, in a non-professional manner, for five years, according to the changes introduced by the 2019 Constitution.

If a runoff were necessary, it will be held next December 4, and on December 17 of that month these local bodies of the People’s Power will be officially constituted.

In Pinar del Río, the westernmost of the Cuban provinces which was the most severely damaged by Hurricane Ian, the response of its inhabitants was very positive, said local authorities.