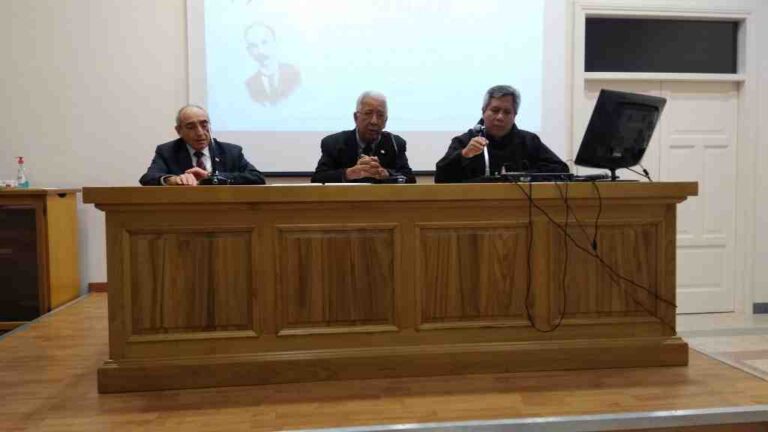 Rome, Nov 29 (Prensa Latina) Outstanding Cuban historian Eduardo Torres Cuevas visited the Holy See from November 15 to 28, where he fulfilled an extensive work agenda focused mainly on his academic contribution to the cause for the beatification of Father Felix Varela.

What can you tell us about your contribution to the cause for the beatification of Father Felix Varela during this visit to the Vatican?

I consider my stay in the Holy See useful to highlight a group of ideas that animated the visit, and that to my satisfaction was materialized, the first of them related to my work on Felix Varela and his link to the current cause of beatification in the course, on the part of the Holy See.

For several months, through the Cuban Embassy in the Vatican, in coordination with the Pontifical Lateran University and the Pontifical Academy for Life, we had been working to organize a Conference on that campus, where a group of stakeholders would converge, with ideas that would make known Varela’s figure and would present the current moment in which his beatification process is. 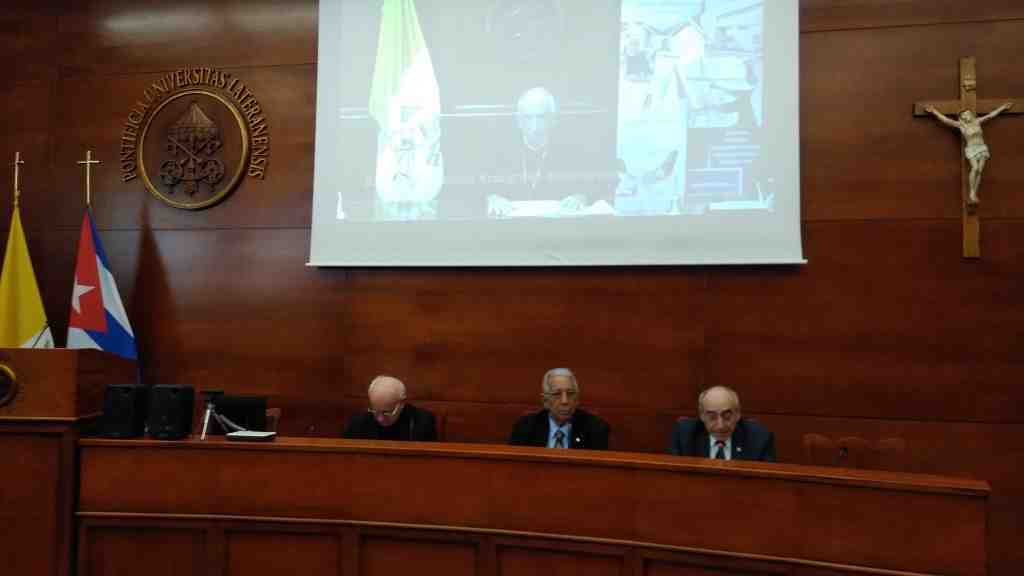 It was through that cooperation that we were able to build an event in that prestigious institution, also known as the Pope’s University, unifying a group of ideas about the Cuban priest.

The same intervention was made by the president of the Conference of Catholic Bishops of Cuba, Monsignor Emilio Aranguren Echevarría, current postulator of Varela’s cause; Monsignor Vincenzo Paglia, University Rector Vincenzo Buonomo, Cuban Ambassador to the Holy See Rene Mujica Cantelar.

In my opinion, the event represented one more step in the advancement of the cause of a figure who is, for us Cubans, the ‘father’ of the founding fathers of the nation, of ethics, of sciences, and of the people’s conscience.

We Cubans have been calling him the Holy Priest for two centuries because he not only taught us to think with ethics and methods, but he was also a model of virtues, an example of a citizen and a patriot.

From another angle, I think that a group of ideas expressed by the postulator, Monsignor Paglia, are significant, among which I think it is worth highlighting the following: ‘Varela is one of the most relevant personalities in Cuba’s history, but also in Spain and the United States. Without him, the history of the 19th century in these three countries could not be explained. His rich personality makes him have many facets: priest, philosopher, deputy, promoter of Cuban independence, and director of a revolutionary newspaper.’

‘In him, philosophy, ethics, pedagogy, and politics are embraced as a whole that promoted the national project of Cuba. All of these come together in this priest, Father Varela, who died with a reputation for sanctity.’

‘Now the Church has gone a step further. It has studied his life and his heroic virtues. The most recent: it has found out that possibly there has been a miraculous healing through the intercession of the one who is considered the father of the Cuban nation.’

Of all considerations that Monsignor Paglia exposed, I wish to highlight one in particular: ‘Varela can be, I believe, a bridge between North America and Cuba and Latin America. And today we need this bridge, because if we continue divided, the world will be worse’.

Indeed, we live in extremely complex times where the full civilization of man, the human race and the very existence of the planet are in danger.’