About 240 migrants rescued off the French coast 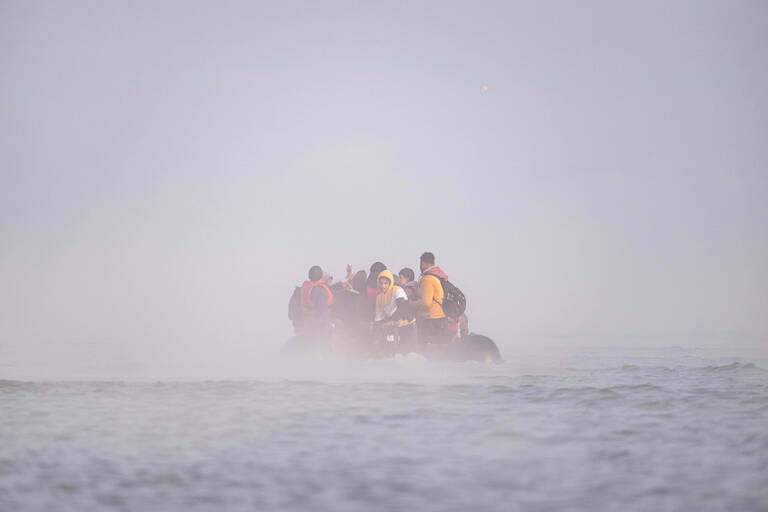 About 240 migrants rescued off the French coast

Paris, Nov 30 (Prensa Latina) The French maritime rescue services reported the rescue of about 240 migrants in the waters of the English Channel, in several incidents that occurred to small boats in recent hours.

The first of these, which took place on the night of Monday to Tuesday, 23 people were picked up in a lifeboat off the coast of Calais, according to the Prefecture of the English Channel and North Sea (Premar).

A few hours later, during yesterday morning, ‘a French Navy patrol boat then assisted 61 people in difficulty off the coast of Leffrinckoucke (Pas-de-Calais). Before this last event,in the same sector, 34 castaways from another boat were recovered’, Premar said in its statement.

The third interventions ocurred in the Calais area, when a maritime affairs patrol boat discovered a group of migrants ‘clinging to their sinking boat’, a semi-rigid dinghy, rescuing a total of 61 persons, including ‘several in a state of hypothermia’.

A final rescue operation took place in the same area, and the number of migrants affected was 61, all of whom were transferred to Dunkerque.

According to Premar, the sea route between France and England is one of the busiest in the world, ‘with more than 400 commercial vessels passing through every day and in often difficult weather conditions’, despite of which an increasing number of migrants are attempting the crossing.

During the past year, it is estimated that more than 40,000 people made the crossing illegally and managed to reach the United Kingdom after traversing the English Channel, meanwhile fatalities are on the rise.

On November 24, 2021, 27 migrants died when their boat sank off the coast of Calais and were not attended to by either the French or the UK coastguard, making it the worst tragedy ever recorded in the English Channel.