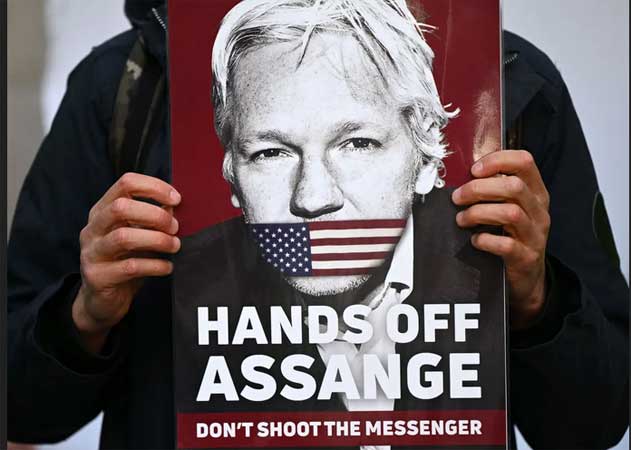 With this decision, the UN agency would paid a just tribute to follow the example’ of the Australian communicator, imprisoned in the United Kingdom under threat of extradition to the United States, the human rights defender stressed in his letter.

The text addressed to UNESCO Director-General Audrey Azoulay, and copied to Prensa Latina, stressed that ‘freedom of expression is a fundamental human right enshrined in Article 19 of the Universal Declaration of Human Rights.’

UNESCO, he noted, is committed to examining the issues of freedom of expression and privacy, access and ethics on the Internet, violated time and again in the Assange case, who ‘put his own life and safety at risk for a humanitarian cause.’

Almada, who revealed to the world in 1992 the archives of the repressive United States Condor Plan against Latin America, invoked in Assange’s favor the violation of Articles 9 and 10 of the Universal Declaration of Human Rights and Articles 7, 9, 10 and 14 of the International Covenant on Civil and Political Rights.

The laureate activist and member of the Executive Committee of the American Association of Jurists recalled that the programmer took refuge in June 2019 in the Ecuadorian Embassy in London, as he was ‘persecuted by the United Kingdom, Sweden and the United States for the crime of founding WikiLeaks.’

Assange, whom British Justice keeps in the London prison of Belmarsh with the intention of handing him over to the United States, Almada affirmed, ‘is nothing less than the editor and reporter who changed the course of the history of Humanity in the field of information transparency.’

The lawyer assured that the Australian communicator ‘is a tireless defender of information transparency,’ while WikiLeaks ‘is the only international journalistic organization that has 100 percent accuracy, authenticity, and legality.’

The activist’s request to UNESCO also includes awarding a special distinction to The Telegraph, The Guardian, The New York Times, Le Monde Diplomatique and Verizon ‘for the courage to disseminate the results of WikiLeaks’ investigations.’

The so-called ‘Terror Files’ revealed by Almada are part of UNESCO’s Memory of the World Collection for their exceptional legal-historic value.