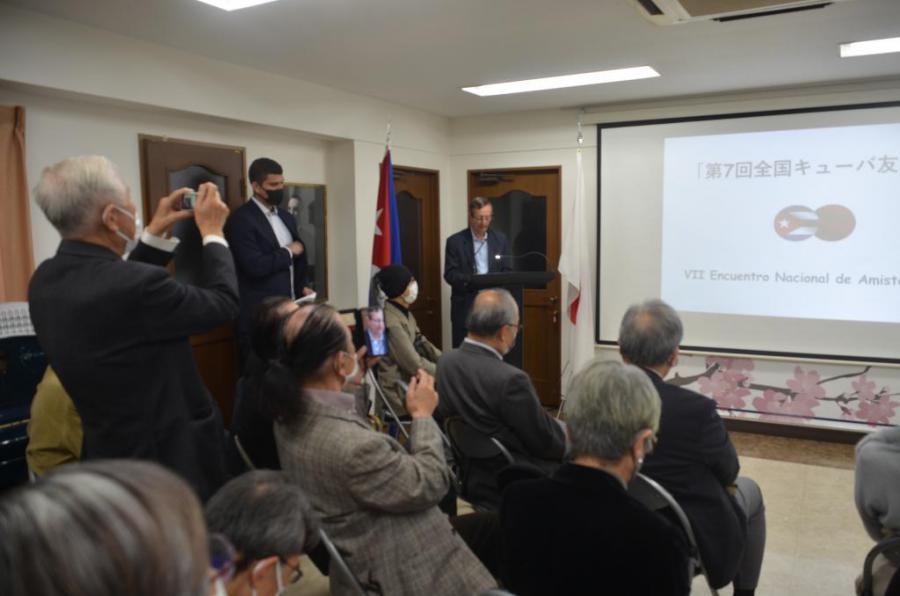 During the event, held at the embassy, the participants paid tribute to Fidel Castro within the framework of the sixth anniversary of his passing on November 25th.

“The humanist work of Commander in Chief, Fidel Castro, is a moral benchmark. His work in defense of independence and national sovereignty, as well as his contribution to international peace and just causes in the world, continue to encourage the new generations of Cubans,’ highlighted Ambassador Miguel Angel Ramirez.

The ambassador also thanked the innumerable gestures of frienship of the Japanese people and institutions in the context of the Covid-19 pandemic and the tightening of the blockade imposed by the United States.

The Japanese attendees recognized the resistance of the Cuban people in the face of the challenges and ratified their support for Cuba´s sovereignty and independence.

They also discussed the cultural and identity ties between the two countries and the stigmas in the Western media treatment of the Cuban reality, among other topics.

“We believe that the struggle of the Cuban people is firmly linked to all the peoples of the world who fight the tyrannical domination, oppression and exploitation of great powers,” said Yasuhiro Tanaka, international director of the Solidarity Committee with Asia, Africa and Latin America, in a letter.

On the same line, the president of the Japan-Cuba Friendship Association, Masahiro Kudo, restated the importance of the Cuban Revolution and the will to further strengthen the ties of solidarity with the people of Cuba.