Actions of opposition deputies in Argentina described as coup-like 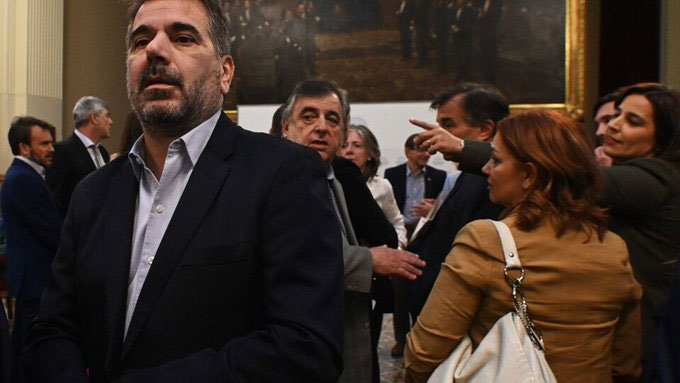 Actions of opposition deputies in Argentina described as coup-like

In statements to Destape Radio, Osuna explained that two sessions were scheduled for Thursday, one to ratify Cecilia Moreau as president of that body and the other one to approve the creation of several universities.

In the former case, members of JxC and other groups left the chamber to prevent the debate from taking place because they disagreed with Moreau’s decision to leave without effect the list of parliamentarians appointed to the Council of the Magistrature.

In view of this fact, we complied with Article 37, which establishes the continuity of the current authority until another decision is made at a later opportunity, he said.

With Moreau at the helm and after achieving the necessary quorum through the support of minority blocks, we began the second session.

At that moment, the JxC lawmakers entered in droves to prevent the Chamber from functioning, he added.

Osuna considered that this fact violates basic rules and is inexplicable because, in addition to having the required directive and participants, the agenda was agreed upon in the parliamentary work commission days before.

This extremely violent, anti-democratic, and coup-plotting attitude is a dramatic example of the situation in which the opposition wants to drag the whole country.

It is an act of extreme gravity, he asserted. I have never before participated in a special session where the nomination of authorities is part of the agenda and is not accompanied, he affirmed.

Candidates for deputies to the Cuban parliament are approved

Candidates for deputies to the Cuban parliament are approved