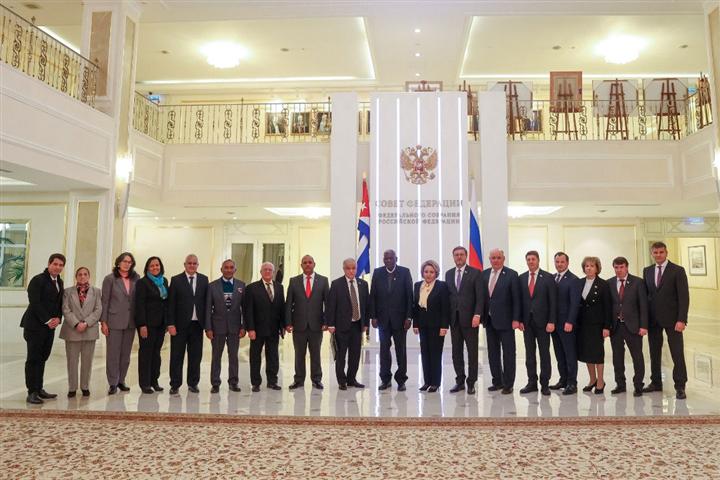 Previously, the Cuban parliamentary leader visited the monument erected in the Moscow’s Sokol district to the historic leader of the Cuban Revolution, Fidel Castro, which was inaugurated in November by Presidents Vladimir Putin (Russia) and Miguel Diaz-Canel (Cuba).

On the final day of his stay in Moscow, Lazo visited the Central Museum of the Great Patriotic War, in Victory Square.

For four days the head of the ANPP held meetings in the Federation Council and the State Duma with his counterparts from both chambers, Valentina Matvienko and Vyacheslav Volodin.

Lazo and Volodin signed the act of constitution of the Collaboration Commission between these legislative bodies and agreed that the first session of the new entity will be held in Havana on February 2023.

The president of the Cuban Parliament presented Matvienko with the Order of Solidarity, granted by the President of the Republic of Cuba at the proposal of the Council of State, headed by Lazo.

As part of his working agenda in Russia, Lazo met with Russian Security Council Vice President Dmitri Medvedev, as well as with the first vice president of the State Duma and deputy head of the Communist Party of the Russian Federation, Ivan Melnikov.

He was also received by the Deputy Prime Minister and co-chairman of the Russian-Cuban Intergovernmental Commission, Dmitri Chernishenko; and by Foreign Minister Sergey Lavrov.

Russia was the first stopover in Lazo’s tour, which will also include Belarus and Türkiye.

This was the second occasion that Lazo visits Russia as president of the Cuban Parliament, after visiting Moscow in 2016.