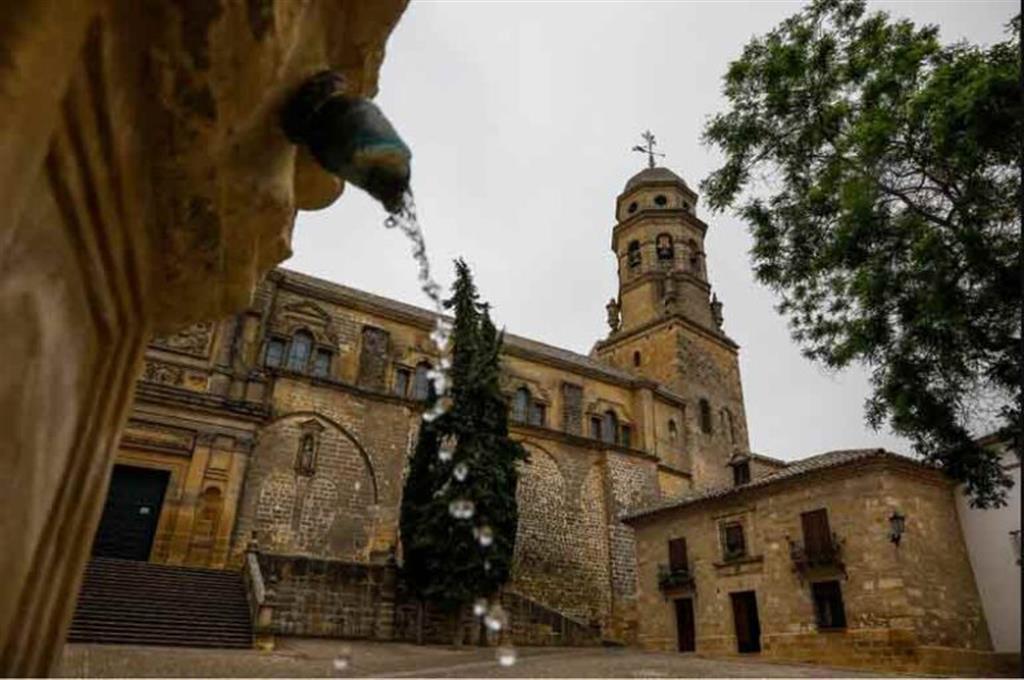 Madrid, Dec 5 (Prensa Latina) The road is made by walking (…) Antonio Machado said upon arriving in Baeza at the end of October 1912, with the idea of spending a short time there but ended up teaching French Grammar from 1912 to 1919.

His soul was hurt by the loss of his young wife Leonor.

Machado immortalized in the colorful city of Andalusia, a World Heritage Site, his poem Los Grises Olivares y Los Alegres Campos de Baeza. And when visitors enter the classrooms of the old university, established following the initiative by Doctor Rodrigo López, who obtained the founding bull from Pope Paul III in 1538, can only be excited by the influence of one of the greatest Hispanic-American poets in history.

The institution operated for almost three centuries until 1824, a date when by Royal Decree it was turned into the School of Humanities.

Baeza, on the right bank of the Guadalquivir River, with slopes covered by olives and cereal, is a sort of Renaissance postcard and its attractions friendly compete with neighboring Úbeda, also a World Heritage Site.

With almost 16,000 inhabitants, it has an extraordinary heritage of practically all cultures, Iberian, Roman, Visigothic, and Muslim. It was under Visigothic rule at the end of the 7 century that it reached the category of city and bishops’ see. La Alhóndiga, conquered by Ferdinand III the Saint in 1227, after having been taken over and lost successively by Alfonso VII and Alfonso VIII, enabled Baezato to be the capital and religious city of the Alto Guadalquivir up to the region of Jaén.

It played an important role in taking over Al-Andalus again, for which it deserves the name of Royal Sparrowhawk Nest.

Besides the Alhóndiga, called alholíes, which during Islamic times were taverns and sale places at the same time and later became wheat storage and sale facilities, Baezastands out by its unique buildings and constructions with a wide gamut of architectural styles, built from the 16 to the 17 centuries: the San Juan de la Cruz or San Juan de Avila Church, the university, its Jail and Justice House, its Butchery and the Pósito (of cereal), or the Santa Cruz Church, with a late Romanesque style, built at the time when the city was taken over again in 1227.

The monumental complex also stands out for the Plaza de los Leones, surrounded by the building of the Audiencia Civil y Escribanías Públicas or Casa del Populo; the Arco de Villalar and the Fuente de Los Leones which might come from the Roman city of Castulo.

By the way it is a sister city of Morón in Cuba and others.