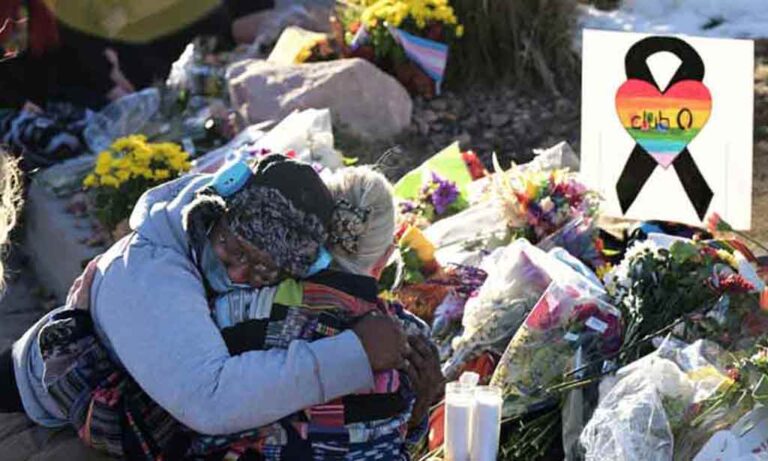 Washington, Dec 5 (Prensa Latina) Homophobic speech in the United States has reached unprecedented levels, for some, after a mass shooting at the gay club Club Q, in Colorado Springs, where the LGBTIQ+ (Lesbian, Gay, Bisexual, Transgender, Intersexual, and Queer) community was the victim of violence.

An armed man opened fire on the site and destroyed everything in his way. The devastating consequences: five people were killed and more than 18 wounded.

The causes of the attack are still unknown but brought to our minds the 2016 massacre at the Pulse nightclub in Orlando, Florida, in which 49 people lost their lives and another 53 were wounded.

The date of the recent crime, on the eve of Transgender Remembrance Day (November 20), seems to have been intentionally chosen, in a year when anti-gay rhetoric stepped up among the country’s extremists.

And it happened in a state that went through several important mass killings: let’s remember Columbine High School (1999), or what happened at a Boulder supermarket last year.

However, in recent times the extreme-right wing political and propaganda machine amplifies and repeats the homophobic hate speech.

Colorado’s own representative in the House, Republican Congresswoman, Lauren Boebert, who offered her “prayers” for the victims, has spent years discrediting LGBTIQ+ people, and her anti-gay and anti-trans rhetoric has been a cornerstone of her political career.

This shooting at Club Q makes more evident the devastating effects that constant hate speech bombardment has on minorities or sexually diverse people.

The anti-trans and anti-gay draft bills have found strong resistance in the agendas of US state legislatures, where too many transphobic, homophobic, racist, and Islamophobic politicians and preachers have many platforms to spread and legitimize their hatred.

As long as this is the case, violence against sexual diversity will be very difficult to wipe out.

WHO launches bid to tackle inequalities behind breast cancer threat

WHO launches bid to tackle inequalities behind breast cancer threat