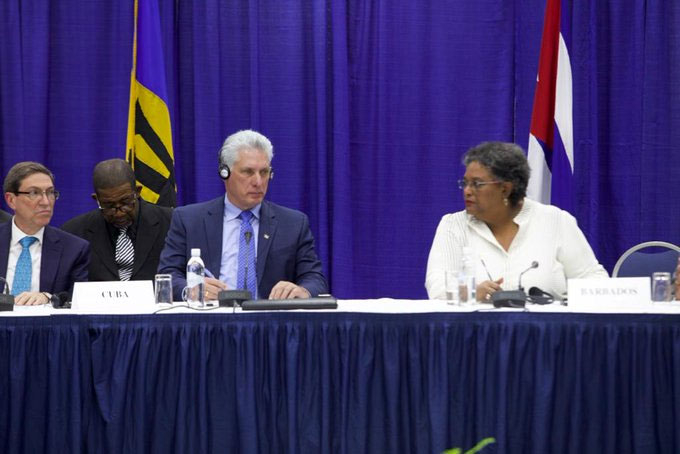 Bridgetown, Dec 6 (Prensa Latina) The agreement signed between Barbados and Cuba will pave the way between the two Caribbean nations in the areas of health and pharmaceuticals, The Nation News reported here today.

Both states would advance ‘as a matter of urgency’ in the treatment of diabetic foot ulcers, for which Cuba has made great progress, stressed Prime Minister Mia Amor Mottley, whose words were echoed by the newspaper.

Too many Barbadians are losing limbs due to diabetes and, as a result, our health system is under too much pressure,” she said.

The Cubans developed a medication that can work effectively to reduce diabetic ulcers, Amor explained.

Therefore, she added, we agreed that our relevant regulatory bodies would hold discussions in the interest of achieving benefits for Barbadians and reducing the number of our own families who are unfortunately exposed to this condition.

The two countries also agreed on other areas of training, the public broadcaster Caribbean Broadcasting Corporation described in its newscasts.

Among its materials, it included the signing of the Memorandum of Understanding which took place the day before at the Lloyd Erskine Sandiford Centre by representatives of Export Barbados and the Cuban BioCubaFarma company.

The Cuban President, Miguel Diaz-Canel, highlighted the atmosphere and the positive results of the conversations he held during his official visit to this country.

The president described as pleasant the meeting with his counterpart Sandra Mason, to whom he expressed satisfaction for the good state of bilateral relations and reaffirmed the will to continue strengthening political talks and strengthening cooperation relations.

He also estimated that the potentialities between the two nations are as many as their needs and ratified that they will comply with what has been agreed.

Diaz-Canel and the delegation accompanying him arrived on Monday from St. Vincent and the Grenadines to carry out an official agenda prior to the 8th Caricom-Cuba Summit, which is being held on Tuesday.