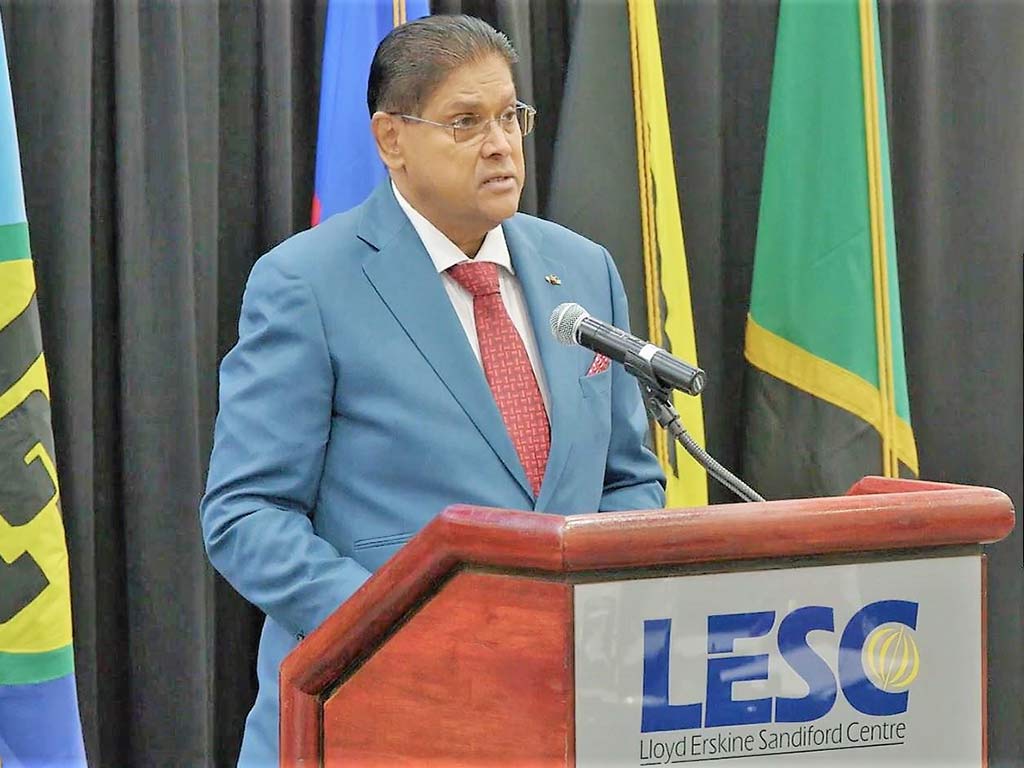 Bridgetown, Dec 6 (Prensa Latina) CARICOM Chairman Chandrikapersad Santokhi on Tuesday stressed the significance of the beginning (50 years ago) of bilateral relations between Cuba and CARICOM, which laid foundations for solid and beneficial ties between both sides.

In his speech at the opening ceremony of the 8th CARICOM-Cuba Summit, held in Barbados´ capital, Santokhi, also Suriname President, stated this South-South cooperation example is based on brave actions by four nations: Barbados, Guyana, Trinidad and Tobago and Jamaica, amid serious political tensions

Dec.8, 1972, as relations were established, was a brave step that sent a message: Cuba is vital part for the Caribbean. Since then, talks have always been based on principles, which has led to a relation based on trust and cooperation.

Santokhi urged to engage in open and honest debates at the Summit to seek for solutions to common matters and also make progress in different issues including food security, disaster prevention and climate crisis.

When addressing issues in CARICOM societies due to the crisis brought about by the Covid-19 pandemic and the return to normalcy, Santokhi pointed out that global economy is still affected.

He also said the CARICOM-Cuba unity is strong despite geopolitical pressures, and it is indispensable for small States to join forces and champion principles under the UN Charter: non-interference and non-intervention, and not using force or threats.

Taking into account these principles and respecting them is indispensable to keep our territorial security and sovereignty, Santokhi stressed.

Later, the Suriname president heaped a praise on Cuba´s contribution to CARICOM, especially regarding technical assistance, which has benefited in different sectors such as public health care, disaster management, food sovereignty and culture, among others. Without Cuba´s support, we will have to deal with more issues, Santokhi said.

The Cuban delegation is headed by President Miguel Diaz-Canel alongside other ministers such as Foreign Minister Bruno Rodriguez.