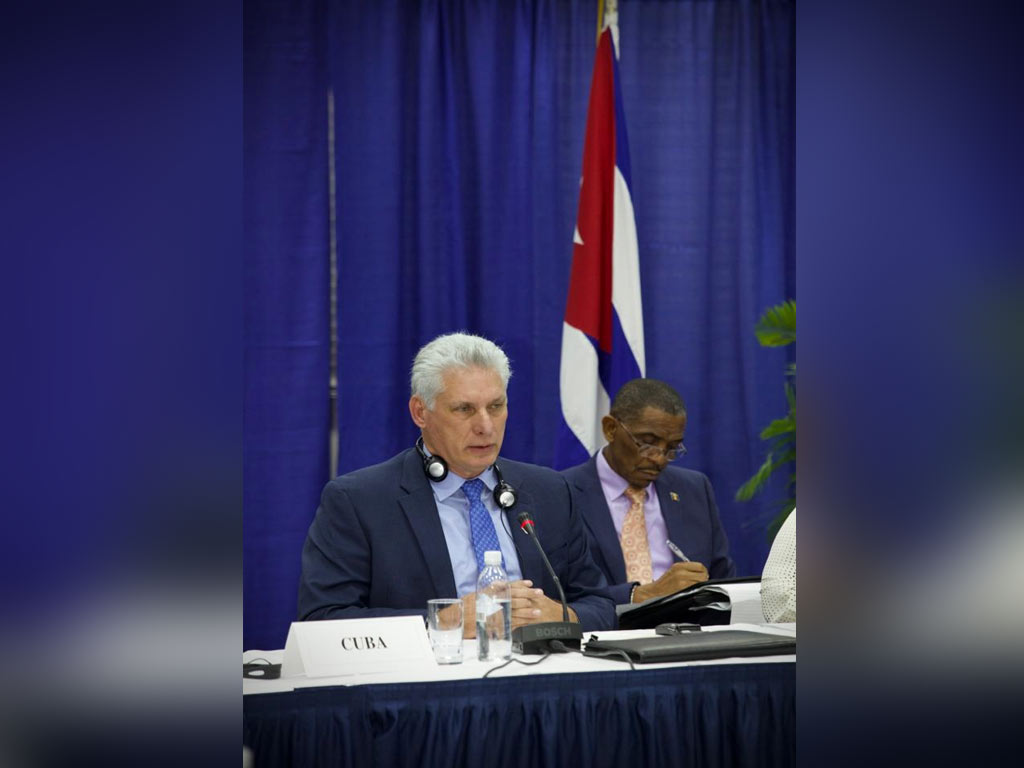 Bridgetown, Dec 6 (Prensa Latina) Cuban President Miguel Diaz-Canel assured that cooperation relations with the Caribbean Community nations contributed to the development of the region in such sensitive sectors such as health and education.

In his speech, during the opening ceremony of the VIII Caricom-Cuba Summit, the president mentioned the harmonious coexistence and mutual enrichment, starting from the defense of customs and popular culture, and recalled the donation to the area of 144 000 doses of the island’s vaccines against Covid-19.

He reassured as priorities of the relations with the regional group, the willingness to share experiences in health, the granting of medical scholarships and the training of highly qualified professionals in various sectors.

The President pointed out that more than two thousand Cuban doctors, nurses, sports trainers, engineers and teachers work in Caricom countries and also referred to the readiness to consolidate these exchanges of common benefit.

He also referred to the complex situation in Haiti, confirmed the interest in carrying on aiding that brotherly country and Cuba’s position that ‘urges for peace and stability in the world and defends the right of its people to seek a peaceful solution, through talks on their great challenges’.

Diaz-Canel called for international solidarity with Port-au-Prince and the promotion of concrete formulas and projects, based on respect for sovereignty and self-determination, especially at a time marked by painful challenges such as the recent outbreak of cholera.

This meeting brought up the 50th anniversary of the establishment of diplomatic ties, on December 8, 1972, between Havana and four independent countries in the area: Barbados, Guyana, Jamaica and Trinidad and Tobago.

The gathering of the bloc, made up of 15 island and continental non-Spanish-speaking states, will also commemorate the two decades of Caricom-Cuba´s Day, established since December the 8th, 2002, when one of these meetings was held for the first time in Havana.