President of Peru detained after his dismissal 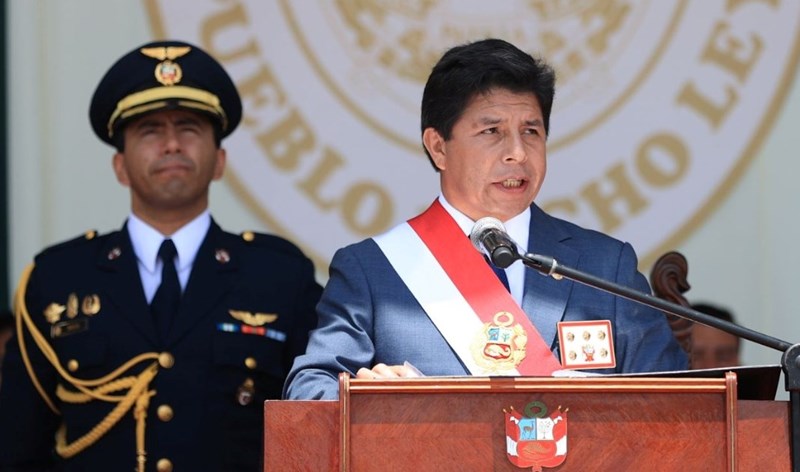 President of Peru detained after his dismissal

Lima, Dec 7 (Prensa Latina) Peruvian President Pedro Castillo was arrested today after leaving the Government Palace once his dismissal was approved by Parliament.

Police sources indicated that Castillo’s caravan and his escort were intercepted by elite police officers who forced them to go to the Lima Police Region, near the center of the city, where dozens of detractors gathered shouting against Castillo.

The National Prosecutor, Patricia Benavides, and agents from the police support unit for the Office of the Prosecutor for the Fight against Corruption in Power, which is investigating Castillo for alleged acts of corruption, arrived there.

The arrest process was carried out at the police headquarters, before the prosecutor Benavides and the Anti-Corruption prosecutor, Marita Barreto arrived and there are two versions of the reason for the capture, one that is related to the attempt to dissolve Parliament, which is a crime and another that has to do with previous investigations.

Castillo was accompanied by the former prime minister, Aníbal Torres, his friend and prominent jurist, who assumed his defense after the resignation of his previous lawyers, Benji Espinoza and Eduardo Pachas, who resigned because they disagreed with the dissolution of Congress.

Nor did they support the measure, together with the Prime Minister, Betssy Chávez, resigned from their posts; the foreign minister, César Landa; and the heads of Justice, Economy, Labor, Foreign Trade, Environment and Women.

What was decisive for the final outcome was the refusal by the heads of the Armed Forces and the Police to support the dissolution of the Legislative Branch.