Worldwide drift to the right 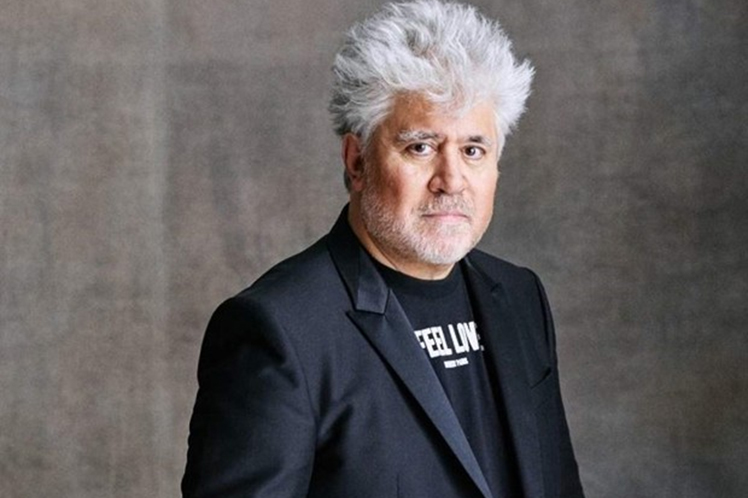 Worldwide drift to the right

Havana, Dec 7 (Prensa Latina) Filmmaker Pedro Almodovar sarcastically said in one of his films that “nine out of ten stars are rightist”. Today, we should broaden that statement: the Right, conservative thinking, that wide fan of positionings that have in common being resistant to any type of change, is on the rise.

Not only are the “stars” rightists: broad popular sectors feel that way (or, more precisely, are made to feel that way). There is a change in the dominant ideologies, which some time back would have seemed impossible.

This is not due to a “natural” development, nor to a spontaneous conservative reactions to the changes of the large majorities, but rather to the fine work, very well carried out, by some of the powers which have led to this state of generalized drift to the Right.Nobody is born “Nazi”, or anti-abortionist or homophobic; that is constructed.

There is a new phenomenon in the world, which no doubt merits very serious analysis. The socialist ideals have not been able to continue to grow and, on the contrary, the conservative discourse is becoming mainstream.

The anti-system, anti-capitalist positions, which marked a good part of the 19th and 20th centuries and contributed to profound social struggles with evident victories (improvement of working conditions -eight-hour work days, for example, abolition of child labor, health and retirement insurance-, or socialist revolutions in several countries, significant social gains for the large popular majorities), today seem to be vanishing.

That does not mean we have entered some paradise with no contradictions nor injustice against which we must fight. Curiously, the enormous asymmetries which continue to accompany the world social dynamics and provoke reactions are not sufficient enough to produce sustainable transformations. There are protests, yes, everywhere, but the system knows how to absorb them. 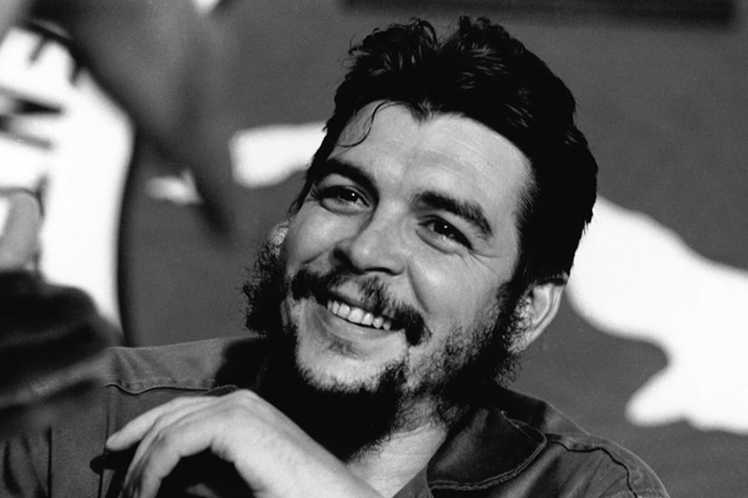 The image of Che Guevara, icon of the Left worldwide, symbol of socialist revolution, has become a “pretty face” printed on a shirt, thus dissolving what his militancy and ethical message signified. Definitely, the Right knows how to manipulate very well “the minds and hearts”, as US neo-conservative and inspirator of the ultra-conservative Santa Fe Documents, Zbigniew Brzezinsky demanded.

Not only did the profound transformations seem distant, but also the system allowed certain cosmetic changes which suggest “social improvement”, but which in fact did not change much at all. Anyway, we are now witnessing a globalized process where anti-change thinking (any type of change) is ever stronger. The positions are being reinforced and, instead of looking toward the 22nd century (China already has planned projects for that time), it seems that we are returning to Medieval Europe, with inquisition and hyper-conservative positions. Fundamentalism has not died.

No doubt, the world continues to be a pressure cooker. Immediately before the Covid-19 pandemic, in 2019 global discontent existed and it exploded in popularmobilizations.

All over the planet, the protests were stirring: Latin America, Europe, the Middle East, the United States. The coronavirus quieted things down. What is curious is that, at the political level, the discontent was not being reflected in the governments that appeared through the popular votes. Incredibly, in spite of accumulated dissatisfaction, the Right wins. And, if it does not win through elections (Bolsonaro in Brazil, Marie Le Pen in France) it reaches enormous results thanks to elections of that farse called “democracy”.

To say that candidates inclined to the center-left, progressives with social and popular poses, represent a radical improvement of leftist positions is, to say the least, adventurous. 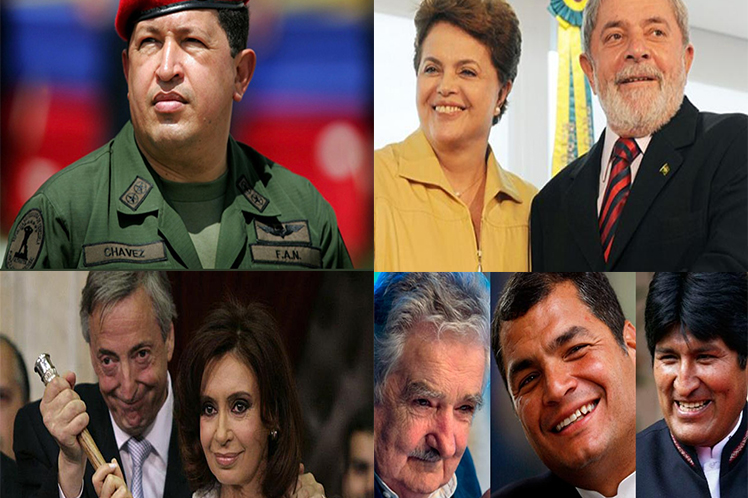 Latin America witnessed the first wave of these governments in the beginning of the century (Hugo Chavez in Venezuela, Lula and Vilma Roussef in Brazil, Nestor Kirchner and later Cristina Fernandez in Argentina, Evo Morales in Bolivia, Rafael Correa in Ecuador, Pepe Mujica in Uruguay) but nothing structural was changed. There was no change, nor could there be any, because those proposals do not go beyond the framework of capitalism, other than certain improvements, definitely important to the popular sectors.

The present second wave (Manuel Lopez Obrador in Mexico, Luis Arce in Bolivia, Gustavo Petro in Columbia, Gabriel Boric in Chile, Alberto Fernandez in Argentina, again Lula in Brazil, Pedro Castillo in Peru, Xiomara Castro in Honduras) does not promise to go any further either.

It is important to point out that, in spite of certain good electoral performances of these proposals, the Right imposes itself solidly as an ideology. And the masses vote increasingly for it. The people electing their executioners, as is happening in European nations, where extreme-Right positions are growing, in many cases, with neo-Nazi trimmings, accepted generally by the majorities.

In other words: the so called “democratic” West does not look very democratic. Even if it describes countrieswhich resist hegemonic white and blonde capitalism -Russia, China, Iran, Cuba, Venezuela, raising their voices their own way- as “authoritarian regimes”, authoritarianism moves increasingly forward in this part of the planet, even displacingpositions of the liberal Right.

There are many examples: while today in Latin America there are center-left leaders (which does not mean that socialist revolutions with workers and farmers and armed popular militias have triumphed) and that could make one believe -as the capitalist press states- that the sub-continent is “turning red”, the ultra-reactionary Right keeps on working and growing. The Conservative Action Political Conference met in Mexico with hyper-reactionary characters with great decision-taking power in a clear show of force against “communist” Lopez Obrador. The fundamentalist positions grow.

Due to several trigger motives, all impelled by one same terrible fear of change, reactionary forces which highlight the worst of society (“we all have a fascist midget inside us”, it has been said) make conservative positions prosper: xenophobic fear of foreigners “invading” Europe and the United States, patriarchal misogyny and visceral anticommunism in Latin America -mobilized mainly by the mega-conservative neo-evangelical churches-, the fact remains that the Right is growing. 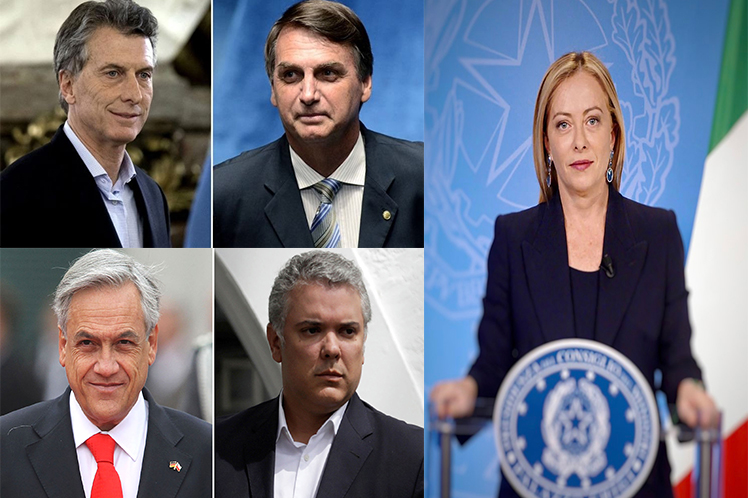 It is the people who vote for ultra-reactionary candidates like Mauricio Macri in Argentina, Jair Bolsonaro in Brazil, Sebastian Piñera in Chile, Ivan Duque in Columbia, or GiorgiaMeloni in Italy (direct heiress of the Duce Benito Mussolini), or who elect neo-Nazi lawmakers in many European countries, including those until yesterday social-democratic paradises, such as the Nordic states.

Conservative thinking is imposing itself with growing strength, attempting to leave behind the leftist proposals. Marx is condemned to be forgotten, and class struggle -to the predominating discourse- is seen as a remora of the past. “Left and Right no longer exist”, it has been said. They want to convert the workers into “collaborators” and the anti-progressive sentiments flourish all over the place, sometimes with neo-fascist overtones.

The problem is that the conservative speech, racist, patriarchal, sometimes xenophobic, insulting to what is different considered “normal” (and anything could fit there), very violent, anti-democratic, is on the rise. With different characteristics, but always with a common denominator, it is expanding globally. It is no longer distinctive only of sectors of the middle and upper classes, or of the elites, but rather it has even permeatedthe popular levels.

These neo-fascist politicians use a populist message, even more convincing than that of the Left. The ghost of corruption -which, by the way, also exists in progressive governments- is like a great trigger for moralizing speeches, which a troglodytic Right knows how to take advantage of.

Different from decades ago, the 60s and 70s, when rebellious positions were, in the broadest sense, gaining ground, today, due to an excellent job done by the system, everything “progressive” is questionable. The system can tolerate certain expressions of change, but not msny more. And even those improvements (gender ideology, criticism of racism, acceptance of sexual differences, a message of certain ethical awareness) are actually being questioned. The furious project of a caveman-like Right attempts to wipe everything away, labelling the positions of the liberal Right as “weak”.

We see that different expressions of conservative thinking are inhabiting Latin America, even if there are moderate leftist governments.

In Chile, after fabulous popular uprisings, the people voted against a new Constitution which promised changes; in Brazil, Lula won by a very small margin (while “bolsonarism” grew with a neo-fascist message); in Peru and in Bolivia, the governments, shaky, are permanently harassed. The anti-abortion, homophobic and racist positions are well established. 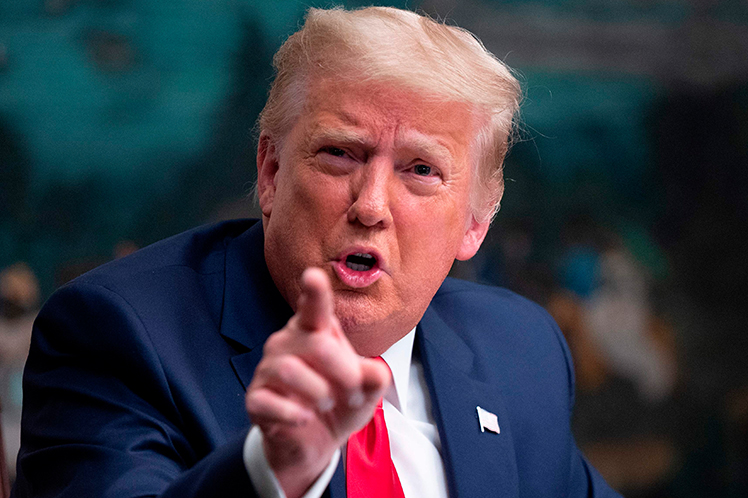 No longer does the ghost of communism, but rather the neo-Nazi spirit travels through Europe; only five countries have governments free of ultra-right parties: Ireland, Malta, Luxemburg, Croatia and Romania. Leaders who wave decades-old fascist flags (God, homeland, family), are winning with popular support. In the United States, Trump´s xenophobic Right flourishes, to possibly recuperate the Presidency; the neoconservative speech is gaining ground with racist and violent messages.

In Guatemala today, there is a leader -ultra-Right, conservative, allied to the most archaic and obscure powers- (Alejandro Eduardo Giammattei) who reached the Presidency “to avoid a communist, like Sandra Torres, from taking power and that the country become a new Venezuela”. And he was elected by a frightened majority (to clear the point, Torres is as much a rightist as is Giammattei). That almost medieval message was established, approving reactionary laws that march opposite to History. That happens in Guatemala as in other lands: the (progressive?) United States prohibited abortion in the entire country, and the neo-Nazi proposals are expanding in the West.

Did the fall of the real socialisms prepare this revival of the ultra-Right? Well then, must we again raise the socialist flags to avoid fascism? 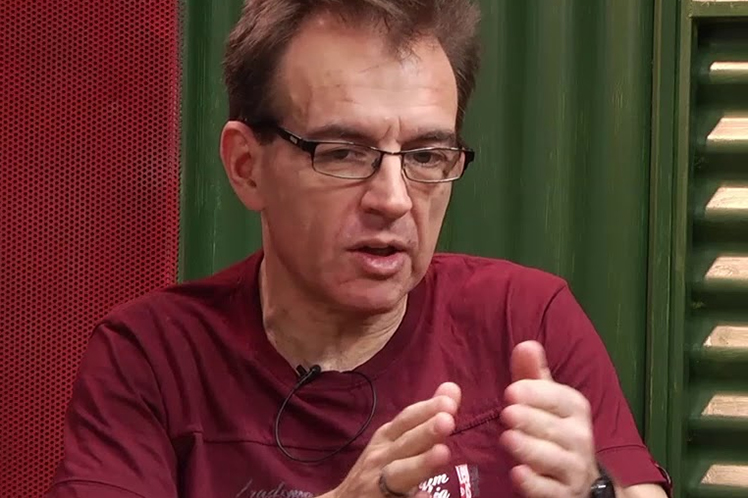 The post-modern message (broadcast powerfully by the US and French universities and reproduced in all the large media monopolies in our Latin American countries) has managed to seduce certain tendencies of the popular sector with the following argument: “each social movement -for example, sexual minorities or ethnic groups, among others- should have fragmentary claims, because if they articulate with other movements in the anti-capitalist struggle… they “will lose their specificity”. It is not by chance that that type of message had listeners in the 80s and 90s, exactly when neoliberalism was fragmenting and dispersing all anti-capitalist and popular resistance” (Nestor Kohan).

Now, the Right wants more: not even those partial demands are enough. The authoritarian speech attempts to close down all the spaces that even sound like emancipation, or liberation.

While this is taking place in the West, in the other side of the world -remember, the world is not just the West- other perspectives are rising. Perhaps, the ideas of “liberty”, “democracy” and “human rights”, so unreachable by today´s dominant capitalist powers, must be deeply revised. In fact, they are no more than the visible face, the cosmetics, of what developed capitalism really means: when things are “going well” it is permitted to be the champions of social progress; when they get difficult -as is happening now with the global capitalist system- the return to Jurassic positions arise.

Because, in fact, even if capitalism disguises itself as “modernizing”, it is primitive in essence.

Almodovar drops out of Hollywood film for personal reasons

Almodovar drops out of Hollywood film for personal reasons