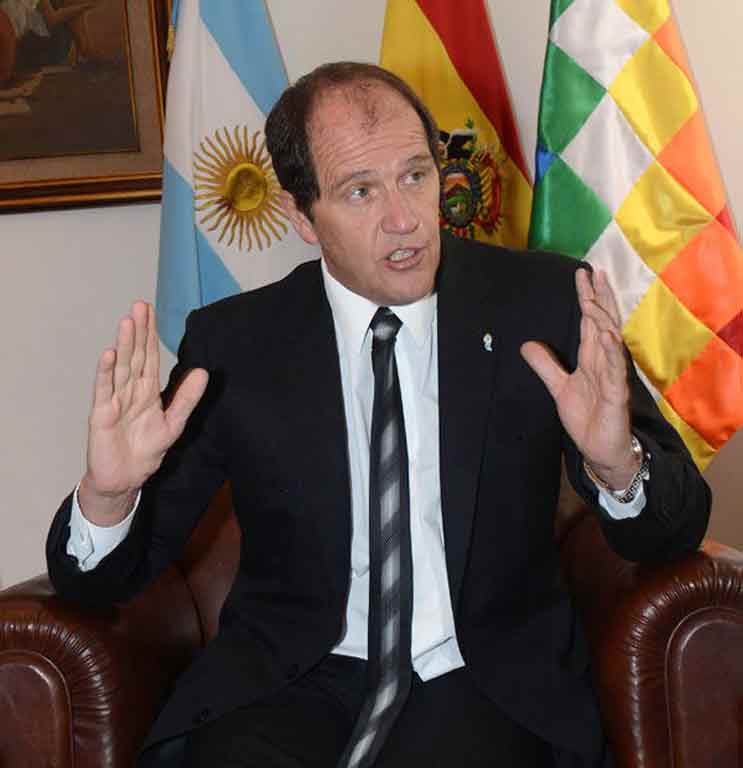 La Paz, Dec 9 (Prensa Latina) Argentinian Ambassador to Bolivia, Ariel Basteiro on Friday denounced in an interview with Prensa Latina that a legal and parliamentary Operation Condor against left-wing leaders who oppose neoliberalism is underway.

Basteiro said that this is a scheme denounced by former Ecuadorian President Rafael Correa, who called it Operation Condor II, in reference to the military repression imposed in Latin American countries in the 1970s. He commented that now in the 21st century, conservative sectors pursue the same goal: silencing opponents, those who denounce injustices or seek to improve the living conditions of the peoples.

The diplomat added that Operation Condor II is no longer with weapons, but with other instruments such as microphones with a very close commitment to hegemonic media of the existing companies in our countries in collusion with justice in most cases.

He recalled what happened in Brazil with Lula Da Silva, and what is happening now in Argentina with Vice President Cristina Fernandez, something that clearly shows how far they are willing to go.

Basteiro added that as they failed to assassinate her, a rigged judicial decision was announced on Tuesday, with no evidence to accuse anyone of anything.

This was not a trial in search of truth and justice, but a political ruling, the ambassador stressed.

The diplomat explained that its fundamental goal is not to send Cristina Fernandez to prison for six years, but to outlaw her politically.

He considered the strength of the people and their mobilization on the streets as fundamental to fighting such arbitrariness.

Basteiro reiterated that UNASUR, CELAC, the Bolivarian Alliance of the Peoples of Our America-People’s Trade Treaty and the Caribbean Community are instruments that help face this process in which it is necessary to modify the region’s judicial system.

“It is essential that the presidents themselves unite and support each other, and that can be done through these institutions,” the ambassador concluded.