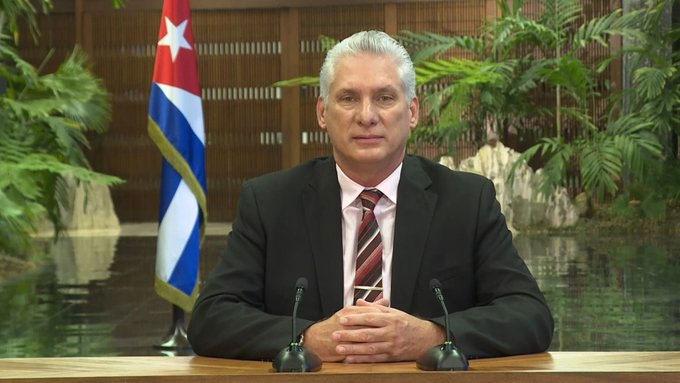 During his virtual speech at the meeting of the Supreme Eurasian Economic Council, based in Bishkek, in the Republic of Kyrgyzstan, the president said that so far the sectors for possible cooperation are: the exploration and exploitation of hydrocarbons, energy and the biopharmaceutical industry.

He also mentioned the iron and steel industry, agriculture, tourism and transportation and ratified Cuba´s need to boost trade in goods and services, especially, the export of national products and mutually beneficial collaboration.

Diaz-Canel also pointed out the willingness to consolidate relations with this group based on their business opportunities, but in recent years there has been an increasing pace of integration and more efficacy of goods, services and capital markets.

In addition, he said that Cuba, besides the adverse global scenario, dramatic processes of change and crises, faces the economic, commercial and financial blockade and other unilateral coercive measures, which violate International Law and the UN Charter.

He thanked the support of the member nations of this Union that voted at the UN General Assembly in November for the lifting of that criminal policy imposed by the United States for more than six decades.

The president recalled the recently concluded 38th Havana International Fair, the largest in the Caribbean, which was attended by enterprises from 62 countries and many Russian businesspeople at the pavilion dedicated to the Eurasian region.

The head of State invited EAEU businessmen and women of the tourism sector to the International Tourism Fair, which will be held in May, 2023, in Havana, a Wonder City, and will be dedicated to cultural heritage.