Messi and Argentina save Latin America in Qatar 2022 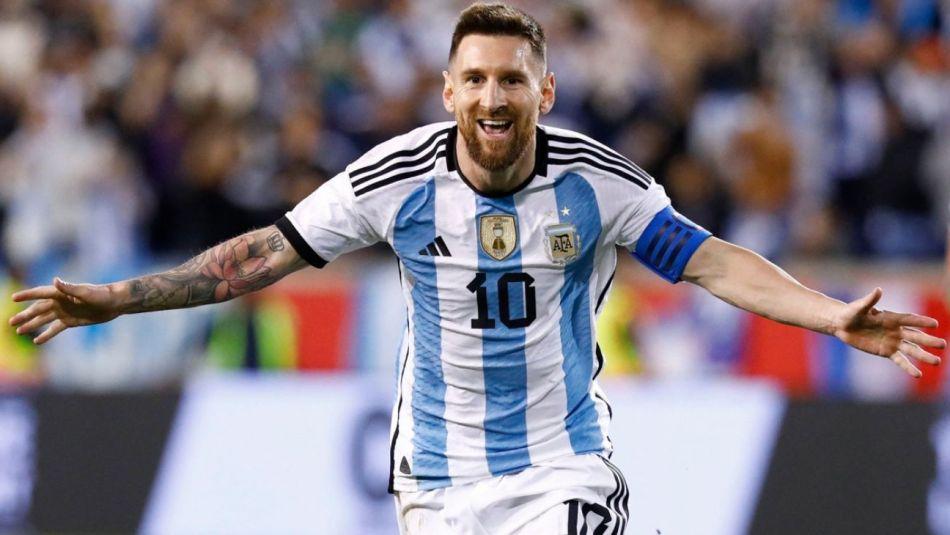 Messi and Argentina save Latin America in Qatar 2022

The Lusail Stadium looked like La Bombonera or El Monumental, and Doha felt the Buenos Aires blows after the Albiceleste fans sang, booed, jumped and suffered for over 130 minutes in an effort to keep their dream alive no matter if the success came in penalty shoot-out.

We cannot believe it. This team is unique. We suffered a lot, but our goal was achieved.

We deserve the cup, we deserve it,” said an excited Constanza Cejas in exclusive statements to Prensa Latina.

After a difficult start for both teams, a masterful pass by Star Forwarder Lionel Messi beat the Dutch defense leaving defender Nahuel Molina (35) alone in front of goalkeeper Andries Noppert.

At that right moment, over 80,000 fans held their breath as the winger opted for a long control and shot from close range to unleash euphoria in the stadium.

Messi’s assist was his fifth in the knockout stages of World Cups and surpassed a record held by Edson Arantes do Nascimento, “Pelé”, since 1966.

In the second half, Denzel Dumfries left his leg behind, brought down Marcos Acuña in the area and Spanish referee Antonio Mateu Lahoz awarded a penalty.

“La Pulga” (73´) found the hole and shot to goal taking Argentina to semifinals, who equaled Gabriel Omar Batistuta as Argentina´s top scorer in World Cups. But in a radical turn, the Netherlands scored two times after a counter-attack on the right where giant Wout Weghorst (83´) appeared to leap higher than anyone else and shot against Emiliano Martinez’s opposite post.

After full-time, Mateu Lahoz gave 10 minutes of injury time and a free kick left every Argentina fan on the planet gasping for air: Teun Koopmeiners took a soft touch, Weghorst received the ball behind the wall and stroked it to beat “Dibu” Martinez -anew-.

The extra time left a good feeling for the “Scaloneta” that tried better, complicated the Dutch defense and even a shot to the left post of Enzo Fernandez became a standing ovation.

However, neither team managed to score and the always fickle penalty shoot-out decided the match, with “Dibu” shining by making two saves and Lautaro Martinez able to show cold blood to celebrate the decisive goal.

“How can I stop crying? We were one step away, everything vanished and these guys came back to life. We support them all, they are warriors,” said Agustín Papasidero.

After Martinez’s goal, Leo Messi raised his arms and smiled, his happiness was complete, because he understood that he was still on the right track towards the longed-for Jules Rimet Cup, the only one missing from his illustrious career.

In the middle of the pitch, the Dutch were left on the grass, with pain of defeat after leaving their lives in search of quenching the thirst of longing.

Then, behind one of the goals, the winning team chanted with their fans: “Boys, now we have our hopes up again, I want to win the third, I want to be world champion. And we can see Diego Maradona in heaven, with Don Diego and La Tota, cheering Lionel on.

Argentina is America in FIFA World Cup Qatar 2022 and will compete against Croatia for the finals on December 18 at the Lusail Stadium.