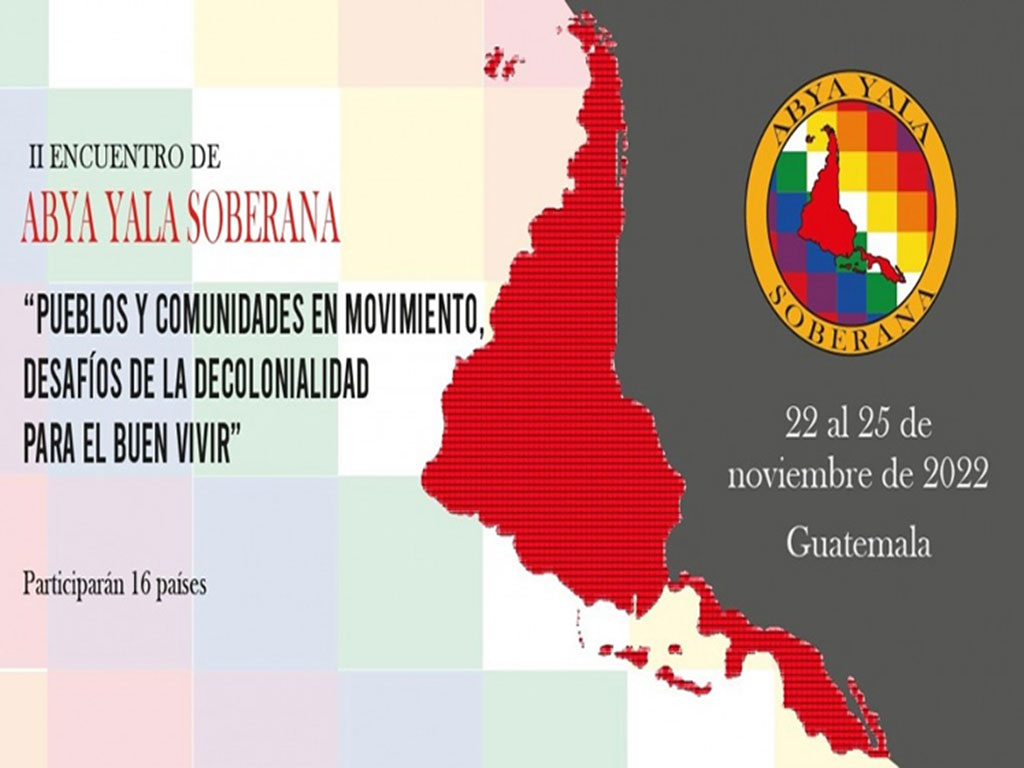 Havana, Dec 9 (Prensa Latina) From the 22nd to the 25th of November last, representatives from some 30 Guatemalan and more than 50 organizations from Chile, Argentina, Uruguay, Brazil, Peru, Bolivia, Ecuador, Columbia, Panama, Nicaragua, Honduras, El Salvador and Mexico, among others, held the II Meeting of Sovereign Abya Yala (Abya Yala Soberana).

The meeting, summoned under the slogan “Peoples and communities in movement, challenges of decolonization for Well Being (Buen Vivir)”, gathered around 200 delegates, who joyfully shared dreams and projects for their territories with a continental perspective.

The first day, they studied the situation of the peoples and communities in movement within the framework of today´s geopolitics. 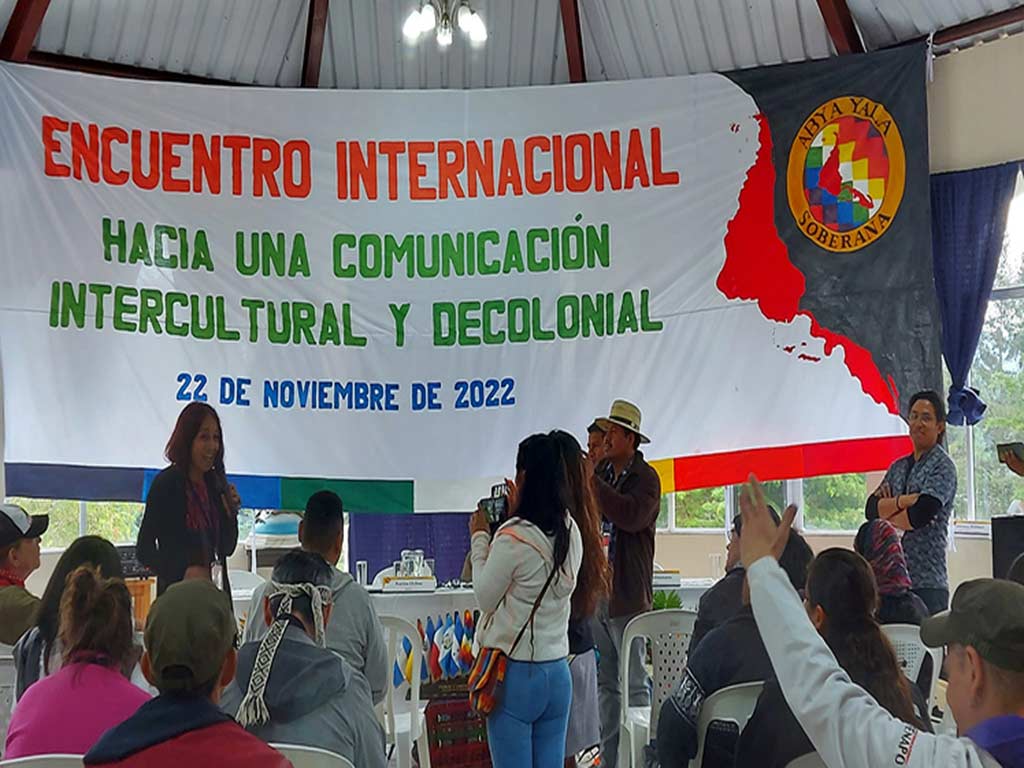 In the conferences and work sessions, it was confirmed that the participants “are determined to continue making history as protagonists in the Continent´s social-political dynamics” (1).

The second day, they concentrated specifically on the subject of decolonization as a challenge in the daily work and projects of the peoples and communities in movement (2).

Puerto Rican professor Ramon Grosfoguel, categorically repeated that “decolonization must be anti-imperialist. We cannot have pro-imperialist characters, even disguised as natives, infiltrating our struggles”.

Katya Colmenares said “the new subjects of decolonization are not and will not be new. They have millenary roots. The community based around the defense and reproduction of Life is and will be a decolonization matter”.

The colonial system imposes patterns of masculine colonial domination among our peoples. In that sense, the decolonization must be essentially anti-patriarchal and anti-capitalist, according to Karina Ochoa.

Other subjects debated in the meeting were: improvements and challenges of pluri-nationality in the different countries (3), the Well Being projects of the people in the Continent (4), the different struggles of women (5), and the urgent need to transform social and trade union struggles into social-political struggles through their own political instruments.

In that sense, according to the experience of Bolivia, Guatemala, Panama and Chile, among others, it is important to build our own political instruments (our own political organizations) to dispute power in elections and, from positions of power, promote processes of structural change and pluri-national proposals.

“To start these processes in the different countries, the peoples and communities in movement need to build collectively political instruments to be able to reach decision-making positions, in elections and in the streets, and accelerate the profound changes, through native, popular and pluri-national constitutional assemblies. Without disregarding collective actions, so as to carry out our collective rights”, according to the Final Document of the II Meeting (6). 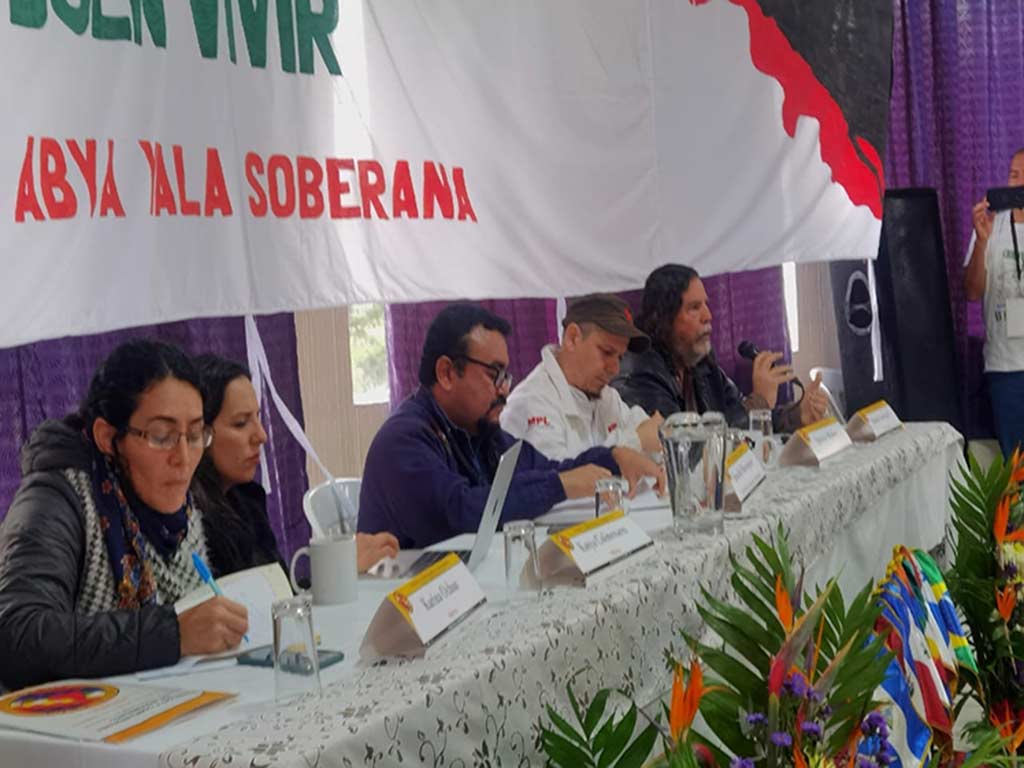 In the case of Bolivia and Ecuador, the reflection centered on the gains and challenges of the implementation of pluri-nationality. In Guatemala and Chile, where pluri-nationality is still a proposal for coming constitutional assembly processes the need to conceive the pluri-national States with territorial autonomy was stressed.

“Pluri-nationality is our political proposal to build new pluri-national States, new laws, institutions and life projects which permit the just coexistence among all the people who live in the cosmic community. To that end, we must strengthen our organizational, formative and intercultural communication processes, as well as the constant articulation in our territories”, according to the relative statement.

The meeting ended with three agreements of concrete collective actions for the year 2023: carry out a public demonstration simultaneously in the different territories and countries of the Continent denouncing the violent looting in the territories, identifying the agents of imperialism and calling on the people to strive for consensus and build pluri-national States to promote Well Being.

Organize in Guatemala a center for decolonial education for communities, peoples and Sovereign Abya Yala organizations.

“We ratify our political will to strengthen Sovereign Abya Yala as a space for anti-colonial, decolonization, anti-patriarchal, anti-neoliberal, anti-capitalist, anti-imperialist articulation, and for the defense of our common home “Madre Tierra” (Mother Land). We agree to strengthen the collective knowledge and spirituality of our ancestors so that they may live in the hearts of the peoples for the equilibrium of our Pachamama”.

Solidarity actions with all the people struggling in defense of our Mother Land, Life, the territories, the collective and individual rights”, concludes the Sovereign Abya Yala II Meeting Declaration. 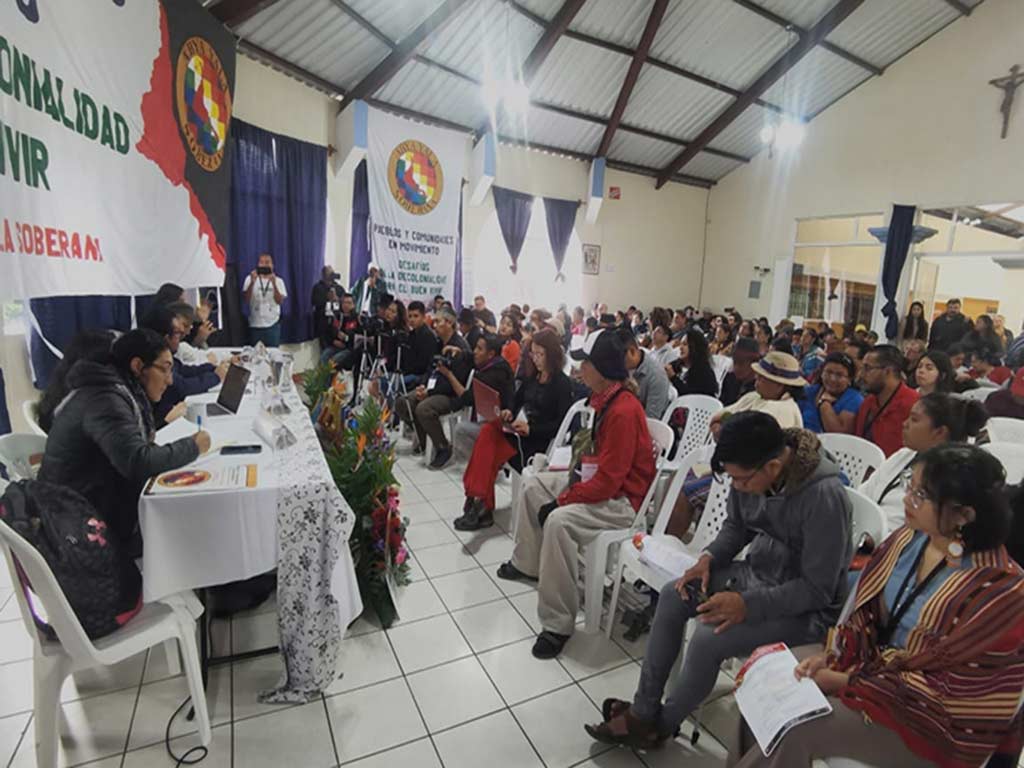 Thus, Sovereign Abya Yala, an initiative of the communities of organized resistance in Guatemala in 2020 (8), held its II Continental Meeting, followed by a virtual assembly to evaluate the meeting and start carrying out the agreements.

It is important to point out that the first day of the II Meeting (November 22) was dedicated exclusively to journalists and communicators from the region so that they could follow our agendas and struggles (9).