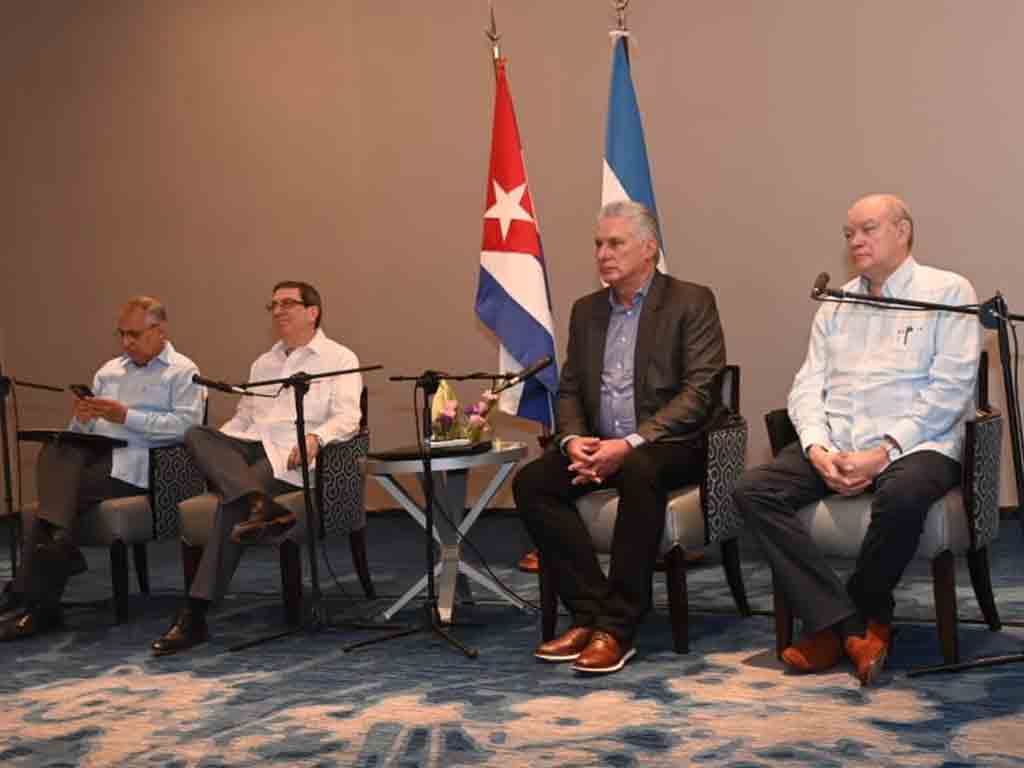 Buenos Aires, Jan 23 (Prensa Latina) Cuban President Miguel Díaz-Canel held an enriching exchange with Argentine businessmen, whom he thanked for doing business with the island despite the economic, commercial and financial blockade imposed by the United States.

Visiting Buenos Aires to participate in the 7th Summit of Heads of State and Government of the Community of Latin American and Caribbean States (CELAC), the President met with some 60 Argentine businessmen from various sectors such as industry, food, biotechnology and tourism.

At the meeting, which was also attended by Cuban Foreign Minister Bruno Rodríguez, Foreign Trade and Investment Minister Rodrigo Malmierca and the Secretary of Development of the Argentine Ministry of Economy, Jorge Neme, Díaz-Canel advocated increasing the flow of trade between the two countries in several areas of common interest.

This meeting gives continuity to the previous one we had in 2019 here in Buenos Aires, the president highlighted, after adding that everything that has been advanced offers the confidence that we are on a sure path to expand cooperation and business.

Likewise, he ratified there is a whole will of the governments of Cuba and Argentina to continue strengthening economic, commercial cooperation and collaboration exchange, and in these last two years, despite the pandemic, there has been a great exchange.

During the meeting, several businessmen highlighted the importance of opening the way and giving confidence to other national producers to trade with the island.

We are working on a food sovereignty and nutritional education program and the agricultural development programs that are being developed jointly with the Argentine government and businessmen will mark a milestone in the production of grains in our country, Diaz Canel emphasized.

Cuban companies with representation in this country, such as Havanatur Argentina and Puro Tabaco, among others, were also present at the meeting.

Argentina is Cuba’s fourth largest trading partner in Latin America and the Caribbean and the ninth largest at the international level, as well as the second largest tourist destination to the island in the region.