Celac and a resounding no to US blockade on Cuba 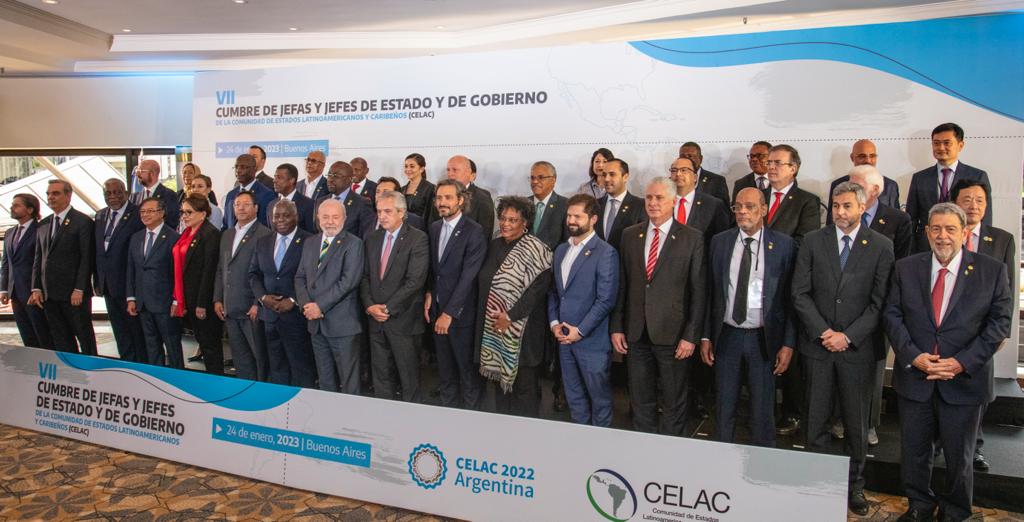 Celac and a resounding no to US blockade on Cuba

Buenos Aires, Jan 24 (Prensa Latina) The Community of Latin American and Caribbean States (Celac) expressed today its rejection of the United States blockade against Cuba and requested its exclusion from the unilateral list of nations that allegedly sponsor terrorism.

In a document adopted in the Buenos Aires declaration, the Heads of State and Government of the 33 CELAC countries reiterated the call of the United Nations General Assembly to put an end to the economic, commercial and financial siege, which causes serious damage to the welfare of the Cuban people.

They also urge US President Joe Biden to lift this measure and reiterated that said blockade is contrary to the principles of the UN Charter and International Law.

On the other hand, the Celac Heads of State expressed their deep concern about the intensification of this policy, especially in the context of Covid-19, and their rejection of the extraterritorial dimension of the blockade, which has a severe and negative impact on Cuba’s international financial transactions and the well-being of its people.

The text also repudiates the arbitrary inclusion of the island in the unilateral list of States that allegedly sponsor terrorism and requests that the parties involved comply with the successive resolutions approved by the UN that reiterate the call to put an end to the blockade.

In this 7th Summit, which was attended by several presidents, the voice of rejection of a siege that for more than 60 years has sought to suffocate the Cuban people was heard, and which in the administration of Donald Trump was intensified with more than 240 measures, still currently applied.

The island, whose delegation was headed by its president Miguel Díaz-Canel, was also congratulated for his recent election as president of the Group of 77 and China.

“We trust that during his management the interests of our region will be promoted and the relations of cooperation and solidarity of the Member States will be consolidated for the benefit of our peoples,” the final text states.

Several leaders reiterated their support for Cuba during the meeting, among them the Honduran Xiomara Castro, who denounced the policy of aggression against that island, Venezuela and Nicaragua, and thanked Fidel Castro, Raúl Castro and Díaz Canel, for promoting Celac.

Meanwhile, from Chile, Gabriel Boric, pointed out that “the policy of exclusion does not offer authentic and lasting results. This is demonstrated by the history of Latin America and the Caribbean with the ignominious blockade of the United States on Cuba and more recently to Venezuela”.