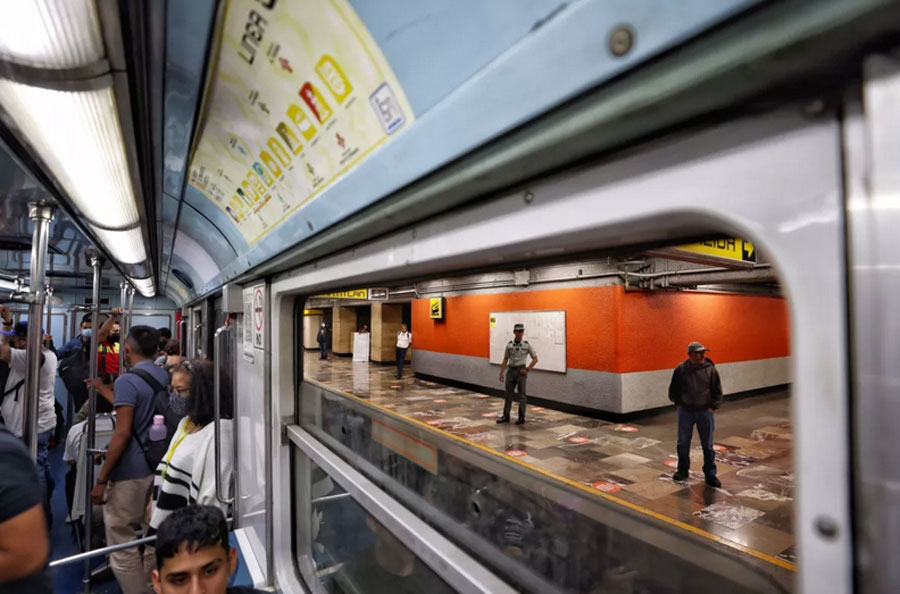 Since an unusual and very strange collision in which there was one dead and more than 50 injured, registered at the beginning of the month, almost every day atypical events are reported that point to mini-sabotages.

The last one occurred yesterday, Monday, due to the presumed overheating of a high voltage cable which generated smoke in the Barranca del Muerto station, on Line 7 of the Metro, Guillermo Calderón, director of the transportation system, informed.

Calderón assured this point had received the cyclical maintenance check, and it is the first time since 1984 that an incident of this type has occurred on the Orange Line, for which the Mexico City Prosecutor’s Office is investigating it.

The official assured that this installation, which presented the overheating has, at least, more than four decades of use, reason why they point out as atypical the event registered there in Barranca del Muerto.

He said that the inspection identified a shortage among the nine cables that feed the traction of the Orange Line trains, which led to the overheating of the parts and, therefore, the smoke.

Following the incident, transportation authorities reported that at least 20 people were intoxicated by smoke inhalation, 15 of whom were taken to a hospital.

Previously, the head of government, Claudia Sheinbaum, said that apparently a high voltage cable that was cut would have caused the smoke, however, she said that the Metro will give the details.

Faced with speculative versions that the sabotage actions are against her to hinder her pre-candidacy for the presidency of the Republic, the head of Government declared that ‘we are strong’, despite the attacks from the right on issues such as the incidents of recent days in the Metro.

We are part of a movement and we cannot bend, never, in the face of any adversity. And besides, I am Head of Government, I have the responsibility of 9.2 million people, so we will never give in and we will take everything forward, the Metro, and we will not be defeated because we women are not cowards.

On the other hand, the Secretary of Government of Mexico City, Martí Batres, informed that the process against Viviana ‘N’, a woman accused of throwing plastic blades on the Metro tracks, will no longer continue, as there were not enough elements found.

US had evidence against former Mexican Security Secretary since 2012

US had evidence against former Mexican Security Secretary since 2012