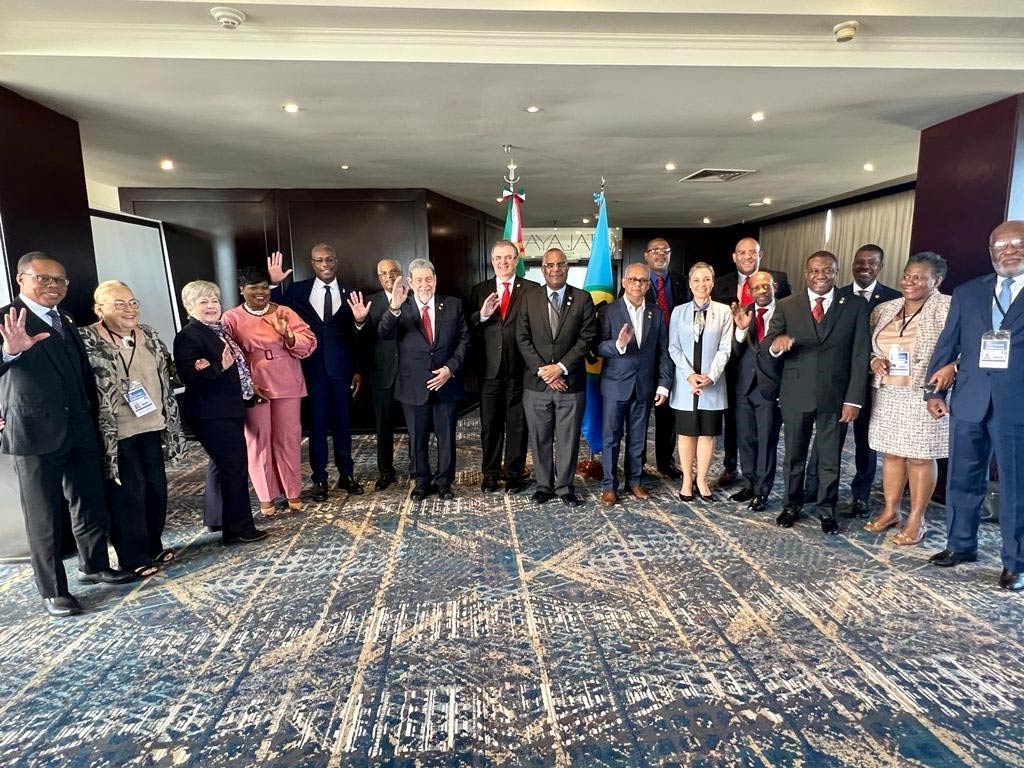 Ebrard participated in a working breakfast with the Caribbean representatives with whom he discussed issues of mutual interest.

Present were the Prime Minister of St. Vincent and the Grenadines, Ralph Everard Gonsalves, and his counterparts from Bahamas, Barbados, Belize, Dominica, Grenada, Guyana, Haiti, Jamaica, St. Kitts and Nevis, St. Lucia, Suriname, Trinidad and Tobago and the Deputy Secretary General of Caricom.

During the event, Foreign Minister Ebrard announced his government’s interest in holding the Fifth Mexico-Caricom Summit in Mexico City in 2023, with the aim of strengthening political and cooperative ties between these countries.

This meeting was initially scheduled for March 2020, but had to be postponed due to the effects of the Covid-19 pandemic.

Mexico also presented opportunities for the cooperation with the Caribbean states through a series of investment projects, especially on climate change and its effects on natural disasters such as hurricanes, droughts and other similar phenomena, an issue of paramount importance for the region.

The Mexican delegation was also represented by Alejandro Svarch Pérez, head of the Federal Commission for Protection against Health Risks, who also presented proposals for advancing a plan for health self-sufficiency, including strengthening the region’s capacity to develop, produce and distribute medicines and vaccines.

The progress of the Latin American and Caribbean Space Agency (ALCE), created within the framework of Mexico’s pro tempore presidency of CELAC in 2021, was also presented.

Through technical and financial assistance from Mexico, the first ALCE cooperation project was installed: the Geo-spatial Observation Center at the University of the West Indies in Trinidad and Tobago.

The objective of the Center is to provide tools for the prevention and observation of phenomenons that could lead to disasters which seriously affect the region.

This project received valuable support from Mexico’s National Institute of Statistics and Geography, which provided training and technical assistance for its installation.

As part of the Caribbean, Mexico seeks a solid and effective approach to the region, with which we share points of common interest and, at the same time, offer the support of our country in cooperation projects for the benefit of the inhabitants of these island countries, Ebrard said.

With this, he said, Mexico strengthens its presence in the Caribbean Sea area and consolidates its leadership in the region.

Foreign Minister to speak on behalf of Venezuela at CELAC Summit

Foreign Minister to speak on behalf of Venezuela at CELAC Summit