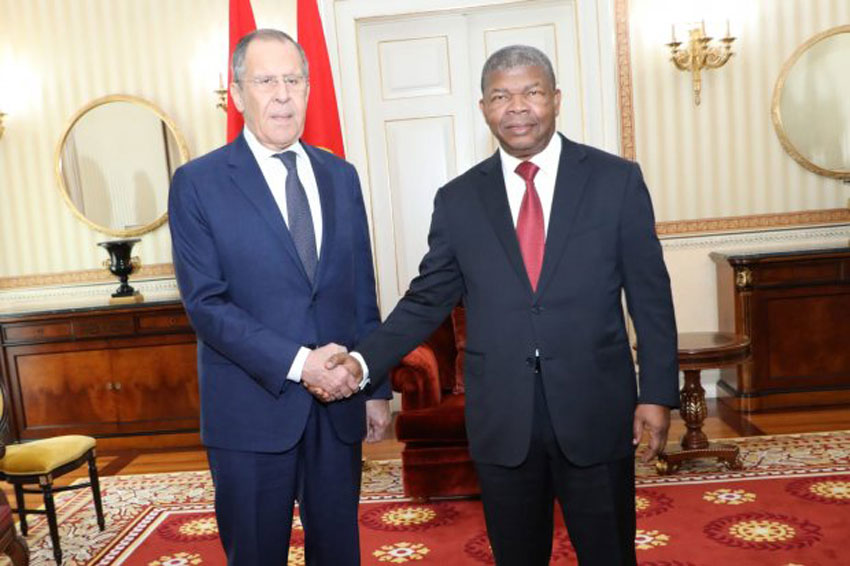 The talks, held at the headquarters of the local Foreign Ministry, were chaired by the head of Angolan diplomacy, Tete Antonio, and Lavrov, who will conclude his 72-hour working visit on Thursday.

The two sides are interested in strengthening collaboration in the field of telecommunications, the military-technical sphere, humanitarian assistance, the use of atomic energy for peaceful purposes, agriculture, manufacturing and diamond industries, as well as education and culture.

Antonio announced that the analysis of the prospects for bilateral relations will include a forthcoming meeting of the intergovernmental commission, whose sessions, as a matter of principle, will take place in Luanda.

Regarding the international situation, the minister assured that Angola favors inclusive talks, political commitments based on national interests and the preservation of the constitutional order, ‘always respecting the principle of non-interference.’

It also defends negotiation, mutually accepted, for the resolution of disputes in the world, with respect for international law, the Angolan foreign minister added in direct reference to the Russia-Ukraine conflict.

According to Lavrov, the Russian Government appreciates Angola’s balanced positions within the United Nations, specifically those related to the conflict itself.

He also appreciated the business opportunities open in Angola and the role of President Lourenço in the pacification of the Great Lakes region and the Southern African Development Community area.

Summarizing the day, Antonio considered it a ‘fruitful’ meeting, which will allow strengthening bilateral and regional cooperation.