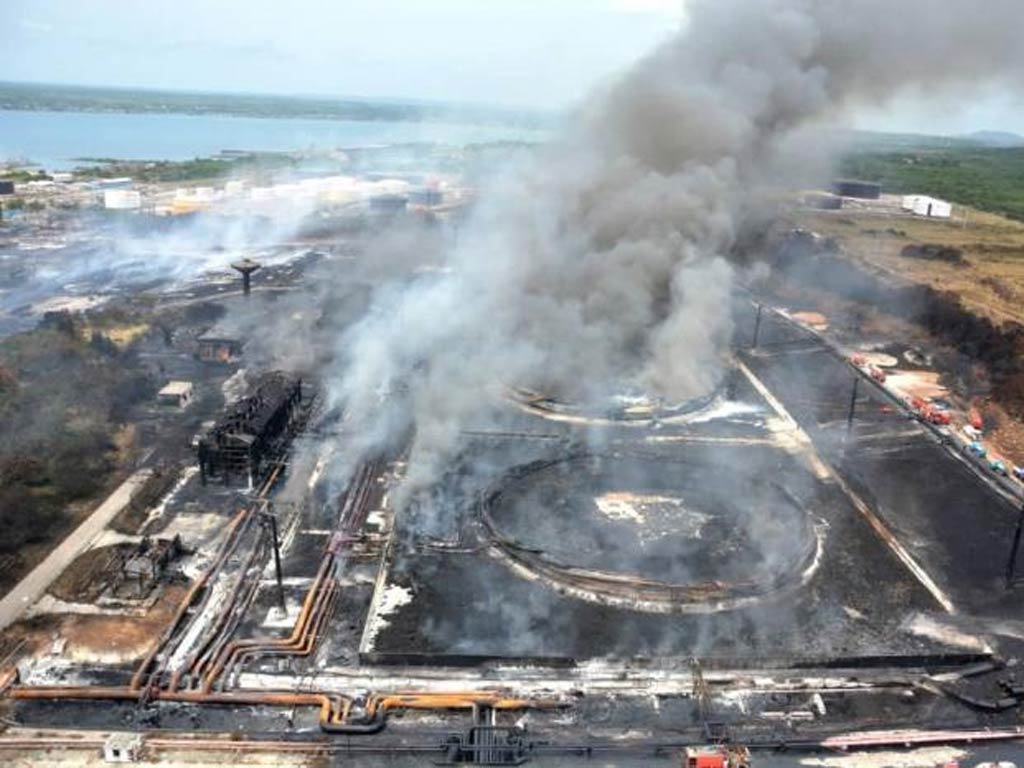 Havana, Jan 25 (Prensa Latina) Cuban representatives on Wednesday expressed gratitude for the donation of medicines and medical supplies from the Chilean Government, due to the recent large-scale fire at the Supertanker Base in the Matanzas industrial zone.

The general director of International Cooperation at the Ministry of Foreign Trade and Foreign Investment, Alba Rosa Alarcon, commented that the materials and supplies received are essential to guarantee the health care of those affected by this serious accident who have received treatment at the Hermanos Ameijeiras hospital.

During the ceremony of gratitude, held at that medical institution, she pointed out that Cuba attaches great importance to bilateral ties with Chile, “being of interest to continue strengthening political, economic and cooperation ties.”

In addition, the Cuban official thanked the United Nations Development Program (UNDP) for joining efforts with the Chilean Embassy to materialize the arrival of this donation in Cuba.

The director of the Hermanos Amejeiras Hospital, Reynaldo Denis, noted that this show of solidarity is very important at a complex time marked by the tightening of the economic blockade imposed by the United States.

“The donation of medicines, expendables and medical devices will allow us to continue medical care for many patients in this hospital, which is one of the tertiary level in the country,” he explained.

On the Chilean side, Ambassador to Cuba Patricia Esquenazi said that the current donation is a small contribution, if compared to the gigantic show of affection that this nation gave its people 50 years ago, when Chile lost its democracy to blood and fire.

“Our love comes in the form of medicines that heal wounds and save lives, resources that are not easy to access due to the economic and commercial isolation to which Cuba is subjected by the blockade imposed by the United States,” she added.

The donation received on Wednesday was managed by the Chilean Ministries of Foreign Affairs and Health and consists of surgical gloves, syringes, nasogastric tubes, antibiotics, burn creams and pain relievers, among other resources and medicines.