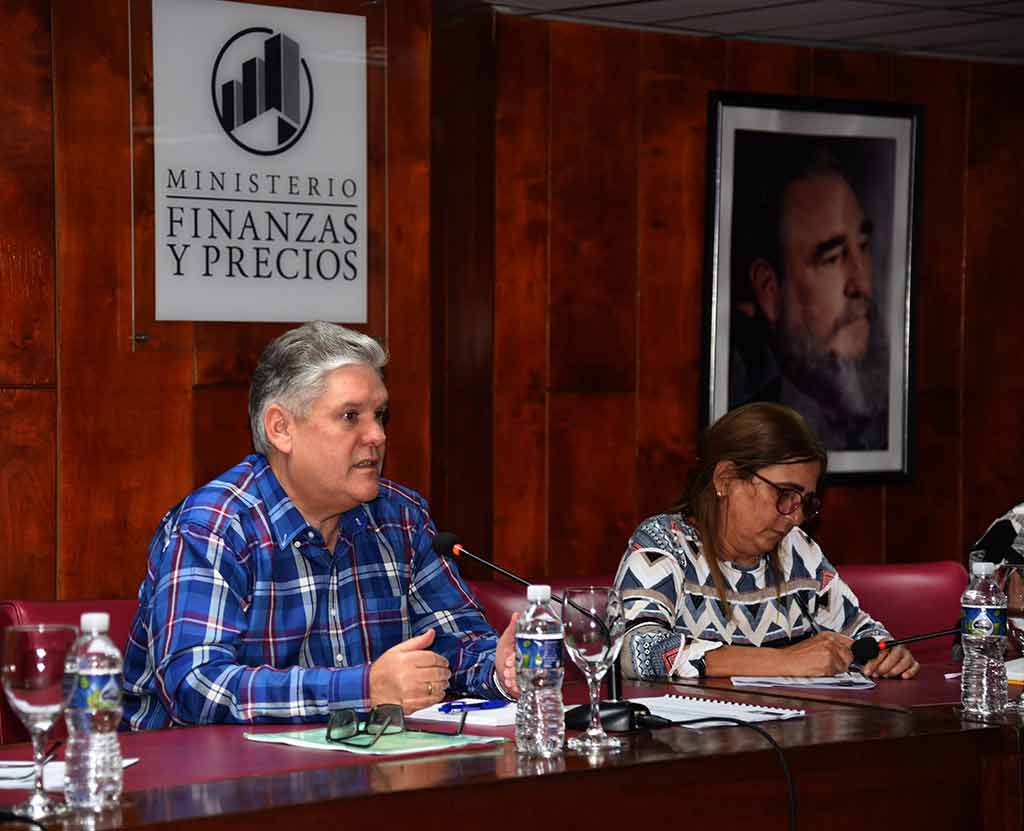 Havana, Jan 25 (Prensa Latina) A lot of discipline, demand and authority are necessary to solve the chain of defaults between economic actors that are affecting the economy today, Cuban Vice Prime Minister Alejandro Gil assured.

During the Technical Advisory Committee of the Ministry of Finance and Prices (MFP), the also head of Economy and Planning assured the expiration of accounts receivable and payable is an old problem in the country, which is getting worse at times.

The answers are urgent. “We have to recover the role of the national currency, gradually advance in de-dollarization and this implies that the Cuban peso plays its role; For this, there must be financial order and fiscal discipline”, he indicated.

During the meeting that took place at the MFP headquarters, experts from the academy and specialists from technical areas discussed the diagnosis made to the chains of non-payments and detected the lack of demand as one of the main challenges.

The vice president of the National Association of Economists and Accountants, Marlén Arrue, commented that visits to the entities show a lack of accounting and administrative rigour, indiscipline in the records and the completion of the files, among other conflicts.

Meanwhile, the Vice Minister of Finance and Prices, Lourdes Rodríguez, presented a proposal for a control system of collections and payments, which includes information and management actions to have an accurate picture of the status of overdue accounts and amend bad practices.

The need for a control system must be analyzed not only from the administrative perspective, but also from how much we can contribute to update information systems, management and related regulations, Minister of Finance, Meisis Bolaños, indicated in this regard.

For her part, the member of the Cuban Accounting Standards Committee, Ana Lydia Gil, opined that some principles of financial discipline -such as that contracts must agree on payment terms- are already included in previous standards, it remains to check that they are complied with . At the same time, the deputy director of the Central Economic Directorate of the Telecommunications Company, ETECSA, Adelina Piñero, pointed out that a key point has to do with conciliation between the parties, guaranteeing systematic reports to the organizations.

On the subject, Alejandro Gil commented that many of the proposed measures have already been applied, in some companies they worked, while others did not have the conditions, so it is necessary to move towards solving the specific problems of each entity.

He called for learning from lived experiences and not placing oneself in a position of comfort. “The job of the global economic organizations is to ensure that the processes of which we govern are followed, not just to design the rules,” he insisted.