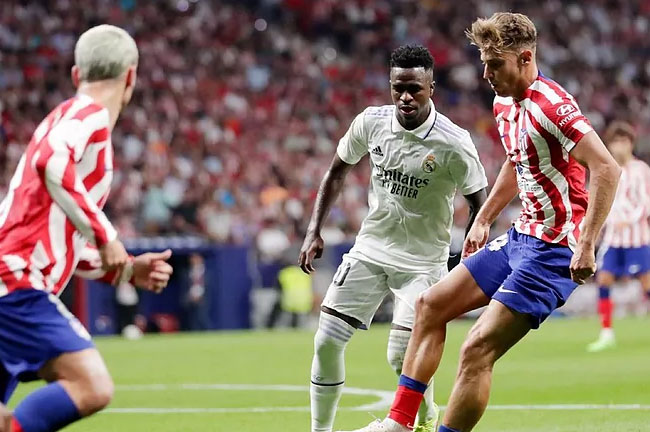 Madrid, Jan 25 (Prensa Latina) The intense cold in Spain and especially in Madrid, will be the stone guest tomorrow for the derby between the two main clubs in the capital in the quarterfinals of the King´s Cup of Football.

A match with a lot of morbidity within the most atypical season of the sport of the crowds in its history, as a consequence of the unusual dates of the Qatar 2022 World Cup. Resuming the pulse of emotions and the title dispute comes with ups and downs.

Thus, Real Madrid, plump monarch of the Champions League, the European Super Cup and La Liga of Spain, already left behind one of their laurels from last year, the national Super Cup that they lost to Barcelona a few weeks ago.

This Thursday, at the Santiago Bernabéu, it faces a much-needed Atlético de Madrid, clinging to the hope of fighting for the almost always decaffeinated Kiung’s Cup or, in extremis, for The League, after being left out of the Champions League and Europe League.

The monumental stadium of the meringues, in the final stretch of a multimillion-dollar remodeling that will make it a jewel of the world’s sports facilities, welcomes the derby with the hope that their team will not miss another title chance.

As it is a single-game quarterfinal, losing means saying goodbye, something that neither the white house of Italian Carlo Ancelotti nor Diego Cholo Simeone’s colchoneros want.

The reunion with the goal and with his good physical form, are the great news for Real Madrid around Frenchman Karim Benzema. Also, the epic comeback after the 0-2 loss against Villarreal at halftime in the round 16 of the Copa del Rey, for a 3-2 win that restored confidence in the team’s competitive gene.

Youngsters like Frenchman Eduardo Camavinga or the Spanish Dani Ceballos, seem to give a fresh look to the cast, which, by the way, does not stop relying on two luxury veterans, the Croatian Luka Modric and German Toni Kroos.

Opposite, an Atlético de Madrid that, in addition to the urgency of triumphs, improved its image in recent games and the leadership of Frenchman Antoine Griezmann receives the support of attackers such as the Portuguese Joao Félix, Spanish Alvaro Morata or the Argentine Angel Correa.