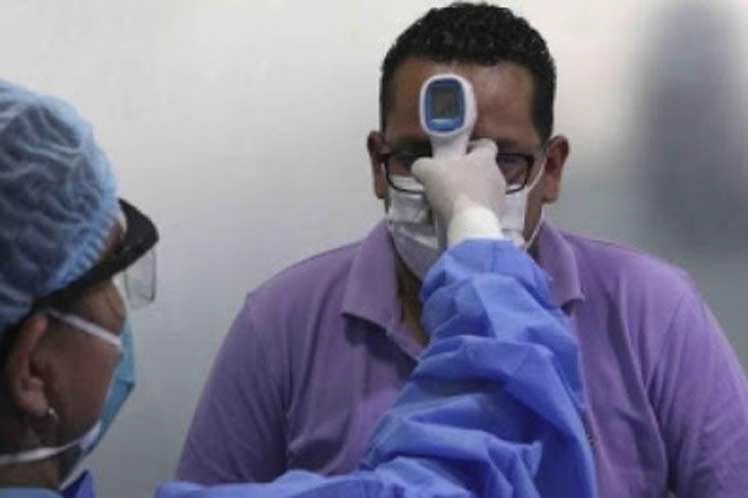 In a difficult scenario due to a regrowth that has affected the country since the end of 2020, during the last days the positive diagnoses for the SARS-Cov-2 virus ranged between 700 and 800 daily cases.

The national director of Epidemiology, Francisco Durán, in his daily televised information announced that in the last 24 hours two people died as a result of the disease, bringing the total number of deaths to 417.

Meanwhile, 705 patients were granted medical discharge, for a total amount of recoveries of 69,204 people who managed to overcome the virus.

A positive balance between new cases and those that overcame the disease, relate to the decrease in assets in hospitals, he explained.

As part of the information, the official highlighted that currently 23 thousand 773 patients are admitted for clinical epidemiological surveillance, of which four thousand four are suspects, 16 thousand 242 are under surveillance and 3,527 are confirmed assets.

The more than 20 molecular biology laboratories distributed in the country analyzed 19,360 PCR samples in real time to detect the presence of the virus, which brings the number of tests carried out since the arrival of the disease in March 2020, to 2,943,431, he highlighted.

The specialist explained that of the 701 positives, 696 are autochthonous and five are imported, 661 are contacts of confirmed cases and in 35 of those the source of infections is not yet specified.

When specifying the affected territories, Havana confirms the highest numberof positive diagnoses, as happened several weeks ago, with 378, followed by Santiago de Cuba and Camagüey with 71 and 63 reports respectively.

Regarding the age groups, it was reported that those under 20 years old report 8,651 since the onset of the disease and in the last 24 hours, 112 were detected with Covid-19, 84 of them of pediatric age, six infants for a total 517 assets.

It also reported that 71 patients are in intensive care, 27 critical and 44 seriously ill.