New Ambassador of Cuba presents credentials to the Holy See 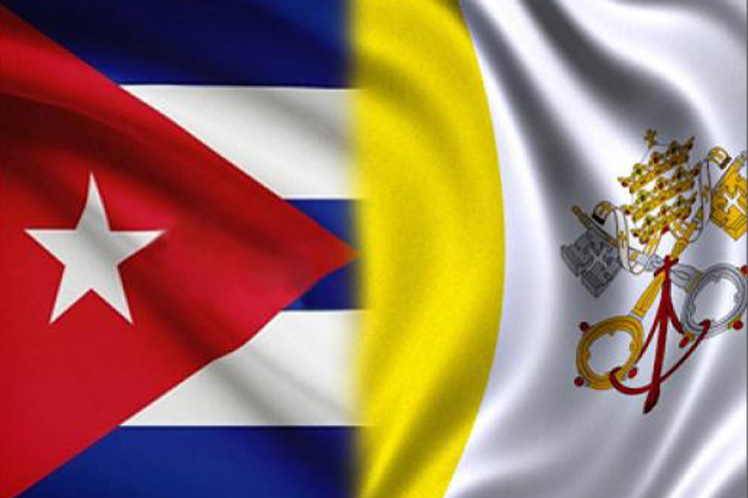 New Ambassador of Cuba presents credentials to the Holy See

In the traditional exchange of gifts planned for this type of ceremony, Mujica gave the Supreme Pontiff a painting specially dedicated to him by the Cuban painter, sculptor and ceramist Alfredo Sosabravo (Sagua La Grande, 1930), one of the leading figures of the fine arts from the Caribbean nation.

‘Musicians’ is called the work of intense vivacity in which the artist recreated a scene ‘of the Havana carnival … full of fantasy and tropical color’, as pointed out by the author, who in 2015 exhibited here, at the Palace of the Chancery, to commemorate the 80th anniversary of diplomatic ties between Cuba and the Holy See.

Francis, for his part, presented the ambassador with a collection of texts with the encyclicals and apostolic exhortations of his pontificate in bound format.

In addition, a copy of the book ‘Let’s dream together: the path to a better future’, which collects his conversations with the British Vaticanist Austen Ivereigh about the world that will emerge from the Covid-19 crisis and the commemorative medal of the eighth year of his pontifical management.

Mujica, a 72-year-old career diplomat, has a degree in History from the University of Havana and has an extensive career in the Ministry of Foreign Affairs of his country, where he has held different responsibilities inside and outside of Cuba.

Previously, he served as ambassador to the Kingdom of Belgium, the Grand Duchy of Luxembourg and the European Union (1996-2002); before the United Kingdom of Great Britain and Northern Ireland (2005-2010), and in the Federal Republic of Germany (2013-2017).

He also held positions in the Permanent Mission of Cuba to the United Nations in New York (1970-1973 and 1990-1993) and in the Cuban Interests Section in the United States (1977-1986), among other activities carried out in the foreign service.