Immigrants in the US, Complex panorama 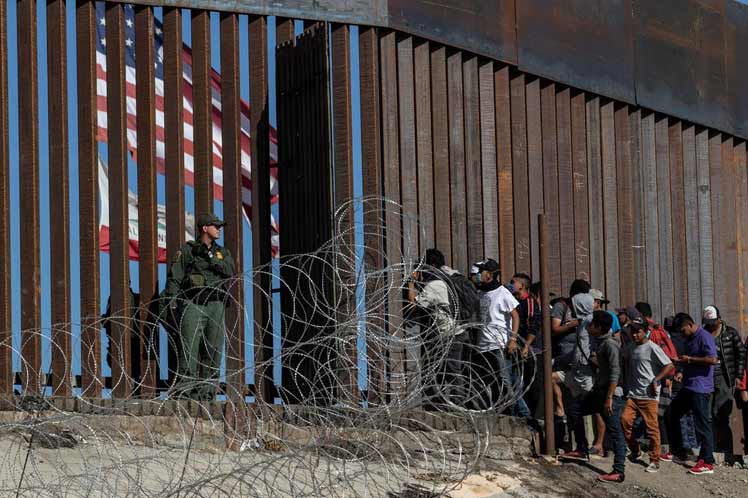 Immigrants in the US, Complex panorama

Washington.- (Prensa Latina) President Joe Biden is currently facing a crisis due to an increased flow of immigrants just two months after taking power. Although the White House refuses to label it as such, experts consider that it is a decade-long problem that requires courage and an investment of political capital.
Share on facebook
Share on twitter
Share on whatsapp
Share on telegram
Share on email

An overwhelming majority of Americans believe that the situation at the border must be addressed immediately, according to a Hill-HarrisX poll. That’s the view of 76 percent of registered voters surveyed March 19-22.

One of the issues receiving the most attention is the number of immigrant children being held by the Border Patrol which, according to estimates by the publication Axios, quadrupled in the last week.

The situation reached a critical point when the Department of Defense announced that it had received an internal request from the Government to house unaccompanied minors in two military facilities located in the state of Texas, something that had previously been evaluated by former President Donald Trump and for which he was strongly criticized by the country’s mass media.

Nevertheless, the Biden administration is acting on several fronts to reverse Trump-era immigration restrictions, with measures including plans to increase refugee admissions and preserve relief from deportation for those who arrived as children and still remain illegal, among other actions.

In this scenario the Democrat-driven reform proposal looks set to fail in Congress. The initiative would allow the entry of more immigrants while giving millions already in the country a pathway to legal status.

The sweeping legislation envisions creating an 8-year path to citizenship for approximately 10.5 million undocumented aliens as well as overhauling the current family based immigration system, employment-based visa rules and the number of diversity permits.

‘Let’s be clear. Whether you call it a crisis or not, the situation at the border with thousands of minors arriving alone every day is worsening and will continue to worsen, whether or not Joe Biden is in the White House or whether or not there is another Republican more recalcitrant than Donald Trump in it’, the California-based La Opinion daily commented.

Unfortunately, the winds of bipartisan dispute are already blowing in the Senate. Who in their right mind can believe that there will be Republican support for an immigration reform plan when the party did not even back the Covid-19 bailout bill, the newspaper asked.

Ex US diplomat partially blames Washington for crisis in Afghanistan

Ex US diplomat partially blames Washington for crisis in Afghanistan