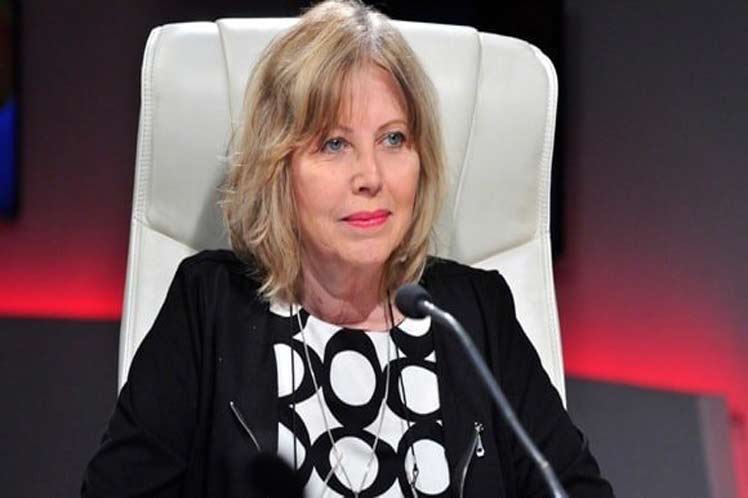 Maria Guadalupe Guzman, director of research at the Pedro Kouri Tropical Medicine Institute (IPK), stated that a population study conducted between December 28, 2020, and March 28, 2021, identified the presence of different variants of the virus other than group G, which was initially reported and is still predominant.

‘Four changes and five mutational patterns have been detected in imported cases, while for autochthonous contagions, we verified a decrease in time of the D614G variant and a gradual increase in the one reported in South Africa and California, in the United States,’ the expert said.

At a recent meeting between President Miguel Diaz-Canel and scientists and experts involved in the fight against Covid-19 in Cuba, Guzman explained that Havana, Mayabeque and Pinar del Rio provinces show the highest number of these varias of the coronavirus. ‘Although in our country the variant that still predominates is Clado G, others of SARS-CoV-2, particularly the one identified in South Africa, show an advantage from the evolutionary point of view, and might replace the first one’, Guzman stated.

According to the latest epidemiological update by the Pan-American Health Organization (WHO), at least one of the three variants has been identified in 32 countries of the Americas, a cause for concern in the continent: the variant known as B.1.1.7, first detected in the United Kingdom; the B.1.351 variant detected in South Africa, and the B.1.1.28.1 variant found in Brazil.

Given the current epidemiological situation in Cuba, with more than 1,000 cases reported for eight consecutive days, the government announced a new group of measures to be implemented as of next weeks to control the new outbreak of the pandemic.