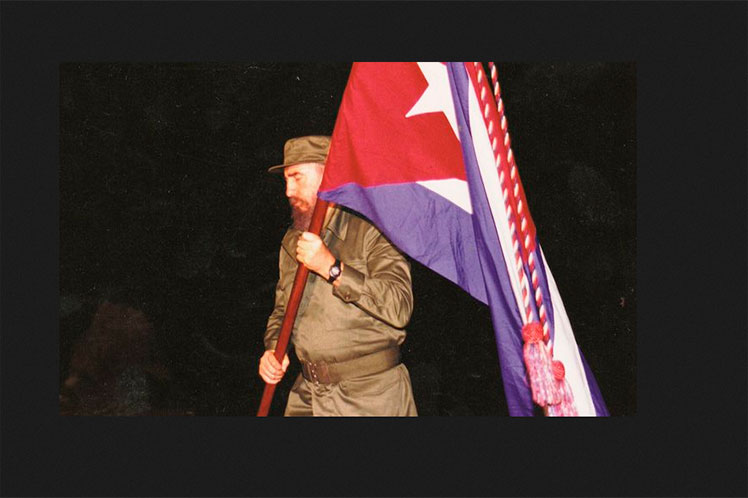 On his Twitter account, the president recalled the moment when the historical leader Fidel Castro commemorated the centenary of the landing of Jose Marti, Maximo Gomez and other patriots by Playitas de Cajobabo (east), who arrived on April 11, 1895 to join the war against Spain.

‘On the night of April 11, 1995, #Fidel went to Playitas at the same time as 100 years before, Marti had arrived with Gomez on the pebble beach, at the foot of Cajobabo. He raised the flag, almost within the sea, and greeted history,’ tweeted the head of State, adding that the Revolution is only one.

On February 24, 1895, the Cuban people resumed their struggles for independence from Spain, a war organized by Jose Marti, at the head of the Cuban Revolutionary Party.

However, the outbreak took place without the presence of the main leaders, who had to arrive as soon as possible on expeditions to command the insurgent forces.

On April 1, 1895, Antonio Maceo, Flor Crombet, Jose Maceo and other patriots arrived on Cuban shores through Duaba, in the eastern part of the country; while Gomez, Marti, Marcos del Rosario and others arrived 10 days later, after a night crossing in the midst of rough seas.