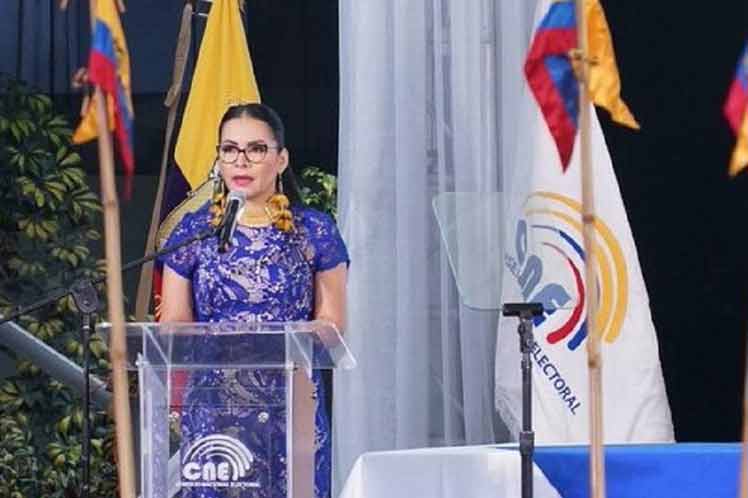 The opening ceremony, held at the national headquarters of the instance in Quito, was headed by the CNE’s president, Diana Atamaint, and was attended by the vice president, Maria Alejandra Muñoz, authorities of the Contentious Electoral Court and the prefect of Pichincha, Paola Pabon.

In addition, there were present directors of the National Police, the Armed Forces, international observers and local organizations, representatives of the two contending political forces and the diplomatic corps accredited in the country, among others.

At the event, Atamaint ratified that one of the decisions taken by the institution is not to carry out a quick count.

In that regard, she affirmed that it corresponds to the Council, as electoral authority, to transmit and deliver official results to the country.

‘The citizenship will be able to observe the first results from 19:00 local time, whose transmission will not be interrupted, she asserted and reminded that the exit polls, although allowed, are projections with a margin of error and should not be confused with the official report, provided by the highest electoral body.

‘I call on the candidates, citizens, political organizations and media to wait for the official outcomes that as authority we will deliver. The winner will be proclaimed once the last vote is counted,’ she insisted.