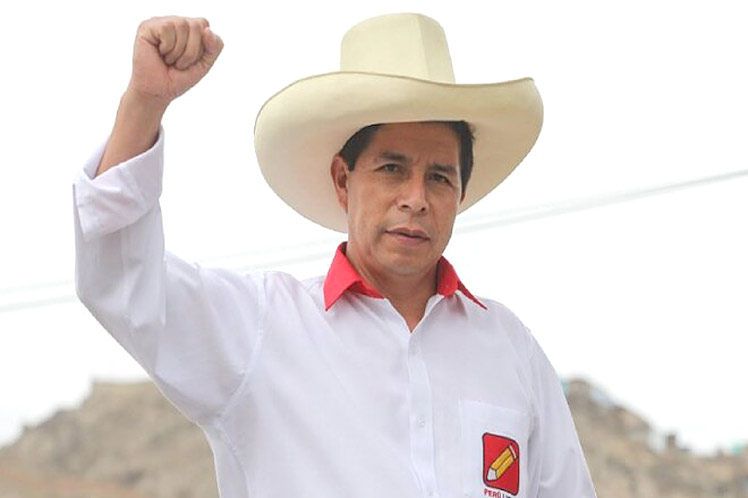 The calculation of the Ipsos company on 100 percent of a sample of minutes from yesterday’s elections ratified Castillo’s first place, with 18.1 percent, while the neoliberal Keiko Fujimori asserted herself as his rival in the second round , with 14.5 percent.

At midnight, Castillo, in a celebration with his supporters in the North Andean city of Chota, asked them to remain calm and not fall into provocations in the face of right-wing attacks against him and the Peru Libre Party, which he represents.

‘Tomorrow is a new day, not a day of immediate change, but of a struggle to undertake it,’ he added.

Regarding the prospects for the second round, which requires competitors to join other forces, he pointed out that ‘The great alliance has to be made with the true Peruvian people.’

Meanwhile, Verónika Mendoza, from Juntos por el Perú (JP), acknowledged the unofficial electoral results, declaring that ‘the Peruvian people have spoken through the vote, we listen and respect their voice and we assume with great responsibility the mandate that they have given ‘.

She expressed JP’s willingness to ‘dialogue and work with all democratic political forces.’

On the contrary, López Aliaga insisted on his insinuations about fraud, accused the electoral bodies of a lack of transparency and said he has his own computer center, the results of which he awaits.

Keiko Fujimori said that more important than the results is to achieve consensus between forces defending the neoliberal economic model to confront those who advocate, such as Castillo, to change the Constitution establishing that model.

Castillo, a primary-level rural teacher, achieved first place thanks to what one analyst called a surprise gallop in the final stretch, because a week ago no one saw him with the possibility of contesting the second round.