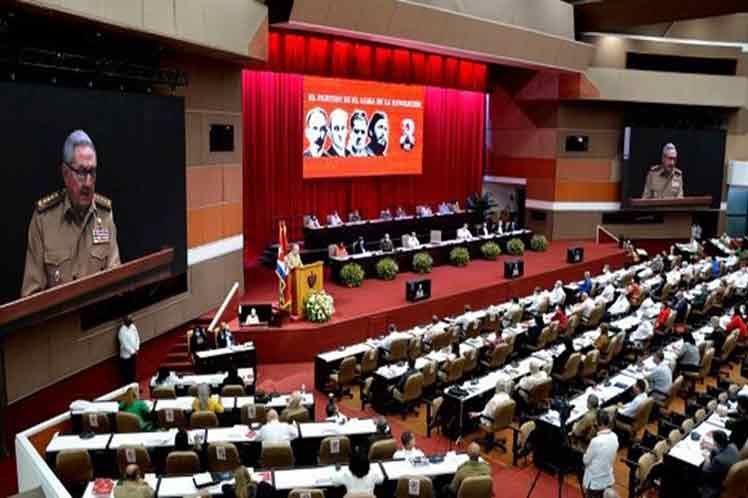 Among the most recent greetings received is that of the Communist Party of Norway, which called for strengthening the leading role of the PCC in Cuban socialist society.

The political organization recognized the historical relevance of this appointment and transferred their confidence in Cuba. In addition, the message distinguished the island’s management against Covid-19, which ‘has provided the clearest example of how socialism is the only system in which solidarity and humanism are practiced on a daily basis, especially when try to save lives. ‘

On the other hand, the Communist Party of Kenya assured that the Caribbean nation ‘continues to be a great inspiration and a shining light for the entire progressive world in the struggle for socialism and internationalism.’

‘Cuba has managed to show the world that it is possible to resist imperialism and still lift millions of people out of poverty, hunger, illiteracy, lack of medical care, homelessness, inequality, among other rights. humans who deny most of the people in rich capitalist countries. ‘

The Kenyan political organization once again demanded the end of the United States blockade of the island and the return of the illegally occupied territory in Guantánamo (east).

They also congratulated the largest of the Antilles for the 60th anniversary of the military victory against Washington during the invasion of Playa Girón.

The Zambian Socialist Party highlighted maturity, seriousness, wisdom, honesty and courage that ‘give us inspiration and a sense of security and great confidence in the future as we prepare for our elections.’

‘You are facing the objective problems of the international situation, the increasing number of economic and political measures that the imperialists adopt against the Revolution,’ the text refers. In addition, the African Party expressed its confidence in the generational renewal of the leadership of the PCC and in its ability to follow ‘the example of those who carried out the revolution and opened a new stage for humanity.’

More than 80 messages from political and social organizations from Africa, Europe, Latin America and Asia arrived in Cuba on the occasion of the PCC conclave.

The partisan appointment will last until April 19, during which time its 300 delegates address core issues for the nation’s socioeconomic development.