Diaz-Canel describes US blockade against Cuba as criminal 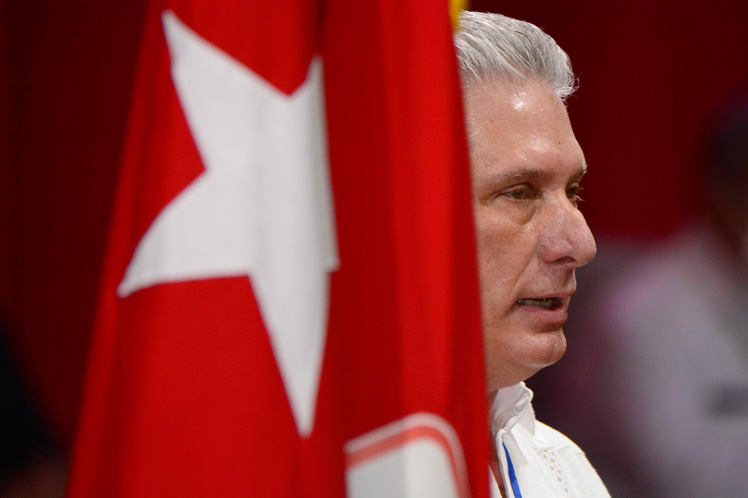 Diaz-Canel describes US blockade against Cuba as criminal

Havana, Apr 19 (Prensa Latina) The US blockade against Cuba is a crime against humanity, President Miguel Diaz-Canel, now as first secretary of the Communist Party of Cuba (PCC), reiterated on Monday. The Cuban president closed the 8th Congress of the party, which he described as a milestone in the historic continuity of the Cuban Revolution.
Share on facebook
Share on twitter
Share on whatsapp
Share on telegram
Share on email

At the Congress, he said that the economic, commercial and financial blockade imposed by Washington for over 60 years on its small neighboring country has worsened due to the Covid-19 pandemic.

He pointed out that it is intended to undermine the Cuban people’s support, which it is trying to subdue through hunger and necessity, which he described as a crime against humanity and the main obstacle to the development of his country.

Diaz-Canel questioned statements by spokespeople of the US government regarding minimizing the effects of the blockade and claims that the Cuba policies are not a priority for the Biden administration.

He recalled that the more than 200 coercive measures imposed during the Trump administration and his decision of including Cuba in the unilateral list of countries that sponsor terrorism are still in force.

We are a country victim of terrorism, funded, organized and executed from the United States in most cases, he stressed.

The Cuban president denounced subversion plans promoted by US government agencies to defame the Revolution, confuse the people and exacerbate internal contradictions.

After that, he claimed that Cuba aspires to live in peace and ‘have relations with the northern neighbor’ based on equality, mutual respect and without interference. He said that Havana is even willing to cooperate in matters that Washington reportedly prioritizes such as fighting climate change, Covid-19, as well as migratory issues and human rights.