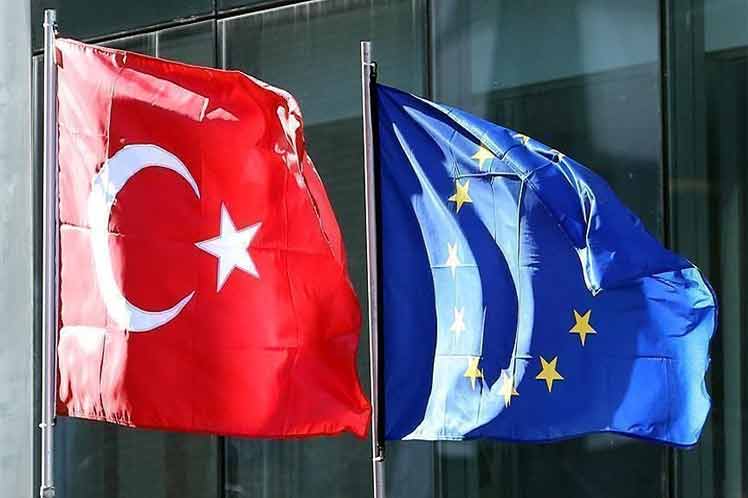 A report approved by the European Parliament’s Foreign Affairs Committee on Turkey expressed the EU’s concern regarding what it considers Turkey’s ‘departure from European standards’.

Members of Parliament noted that Ankara’s foreign policy seeks confrontation with the EU, in particular with Greece and Cyprus.

The failure to address the bloc’s concerns about fundamental freedoms and the rule of law in Turkey has negative effects on the negotiations, according to the report released by the press.

The report added that Turkey’s position might lead to the failure of the talks, which were resumed after years of stalemate.

In this scenario, the lawmakers asked Turkey to show its commitment to channeling relations and reversing the negative trend.

These demands refer directly to the deterioration of rights in the country, where, according to the report, the government of President Recep Tayyip Erdogan imprisons journalists, human rights activists and political opponents on a massive and ongoing basis.

Delegations from the EU and Turkey have been meeting since last week in Ankara to discuss the dispute for the control of resources in the Mediterranean Sea.

Turkish Foreign Minister Mevlut Cavusoglu and his Greek counterpart, Nikos Dendias, held a press conference in the middle of the talks, which were described as tense by local media, and at which they reaffirmed the importance of resuming dialogue, and advocated for the deescalation of tensions.

Our countries are destined to live together in the region, with all the complex problems that this entails, but progress would not be palpable unless ‘inflammatory actions and comments’ by Turkey diminish, Dendias said, according to the Greek newspaper Kathimerini.