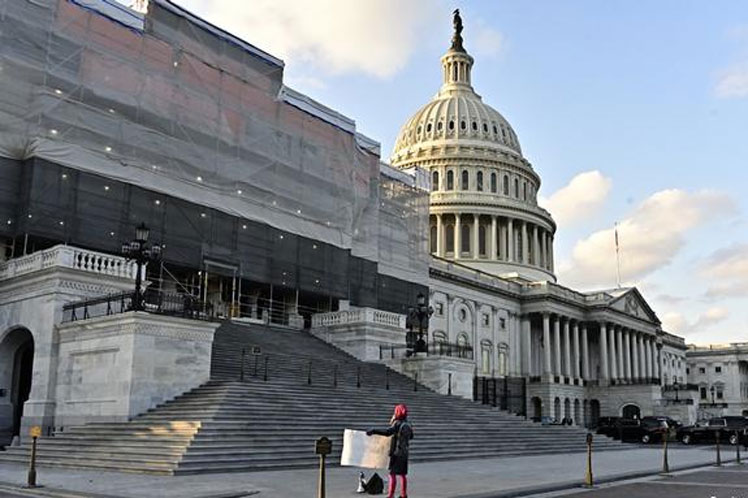 Washington, Apr 23 (Prensa Latina) The House voted Thursday on a bill that would admit Washington, D.C., as the 51st state, although the measure is likely to fail in the evenly divided Senate. The legislation passed along party lines with a vote of 216 to 208, with no Republicans voting in favor.
Share on facebook
Share on twitter
Share on whatsapp
Share on telegram
Share on email

For the bill’s advocates, D.C. statehood is a civil rights issue. The district has a population of more than 700,000 people, larger than the population of Wyoming or Vermont. But while those two states each have two senators and a representative in the House, D.C. has no voting representation in Congress. Eleanor Holmes Norton represents D.C. in Congress as a non-voting delegate.

The House approved a D.C. statehood measure by a vote of 232 to 180 last year, but it did not get a vote in the Senate, which was then controlled by Republicans. Although Democrats now hold a 50-seat majority, most legislation requires 60 votes to advance, and this bill is unlikely to garner support from 10 Republicans. Senate Majority Leader Chuck Schumer has committed to bringing the measure to the floor for a vote, but a motion to move forward with the legislation would almost certainly fail.

Washington D.C., authorities argued that the demarcation is large enough to become a state, with more inhabitants than others states such as Vermont and Wyoming.

Norton explained last month that the US capital would be reduced to about five square kilometers that would include the National Esplanade monuments, federal buildings, White House, Capitol and the Supreme Court.

At the same time, the rest of the territory would become a state named Washington, Douglass Commonwealth, in honor of Frederick Douglass, one of the main North American leaders of the abolitionist slavery movement in the 19th century.

This proposal was strongly supported by President Joe Biden, who in a statement described the current status of Washington D.C., as ‘an affront to democratic values on which our nation was founded.’