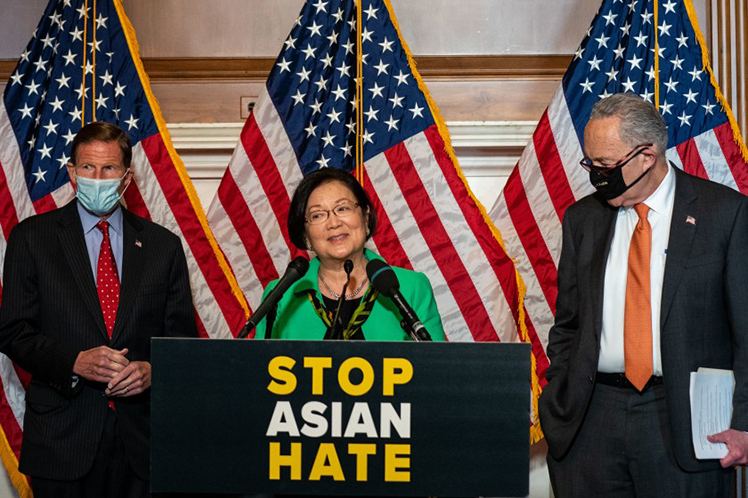 The legislation, sponsored by Senator Mazie Hirono, Democrat of Hawaii, had 94 votes in favor and only one against, from Republican Josh Hawley, from Missouri.

This bipartisan vote was the first legislative action either chanber of Congress has taken to bolster law enforcement´s response to attacks on people of Asian descent, which have intensified during the coronavirus pandemic.

The legislation will next go to the House, where lawmakers passed a resolution last year condemning anti-Asian discrimination related to the pandemic. Speaker Nancy Pelosi of California pledged on Thursday shortly after the bill’s passage to put it to a vote on the House floor next month, calling it a catalyst for ‘robust, impactful action.’

If legislation is passed, it would encourage the creation of state-run hate crime hotlines, provide grant money to law enforcement agencies that train their officers to identify hate crimes and introduce a series of public education campaigns around bias against people of Asian descent.

‘By passing this bill, the Senate makes it very clear that hate and discrimination against any group has no place in America,’ said Senator Chuck Schumer, Democrat of New York and the majority leader. ‘By passing this bill, we say to the Asian-American community that their government is paying attention to them, has heard their concerns and will respond to protect them.’

Although at first the original bill included the pandemic as a determining factor for hate crimes directed at people of Asian descent, it was finally decided to delete such a component after an amendment promoted by Senator Susan Collins, Republican of Maine.