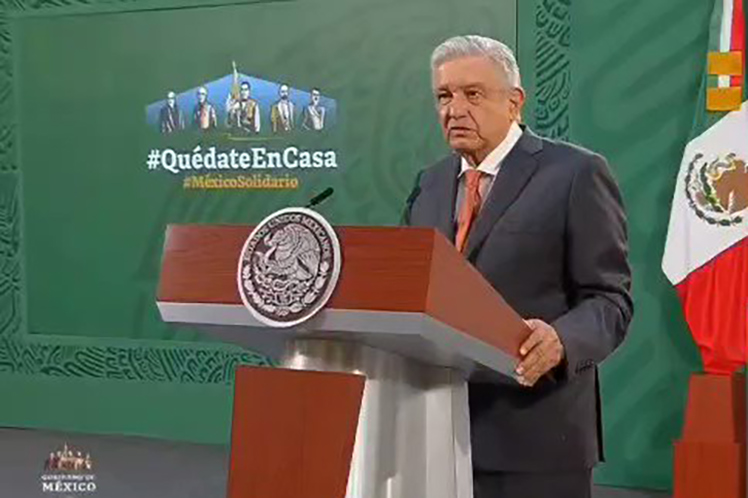 He warned that it is possible to submit to Congress a proposal for reform of the Judicial Power regarding both institutions, since taking the case to international instances where the Government will surely be proven right, may take more than a year.

He reiterated not to let be provoked, to look for a way to evade the harassment of the conservatives and to continue fighting, not to surrender before such arbitrariness, and he was convinced that the people are very clear about what has happened and the objectives pursued by those who have perpetrated this blow to democracy.

The core of the problem lies in the decision of the Institute – endorsed by the Court after rejecting it – to annul the candidatures of Felix Salgado and Raul Moron for the governments of the states of Guerrero and Michoacan, respectively, the ones with the best chances according to the polls.

Moreover, he estimated, not even the true opponents like to disqualify those who are going to participate in the electoral contest because they know that at the end of the day it is the people who will decide which candidate to elect and from which party.

This, he said without mentioning anyone in particular, is a problem of the elite at the top, and now we have to see how they are going to assume the new candidacies that will replace the two candidates from Guerrero and Michoacan, because the objective is to prevent the participation of Morena.

‘I am only defending democracy,’ he pointed out.

He reiterated that he is going to present a reform proposal to the Congress of the Republic and denounce the state of defenselessness to which they are sending the Government, and that is a violation of democracy.