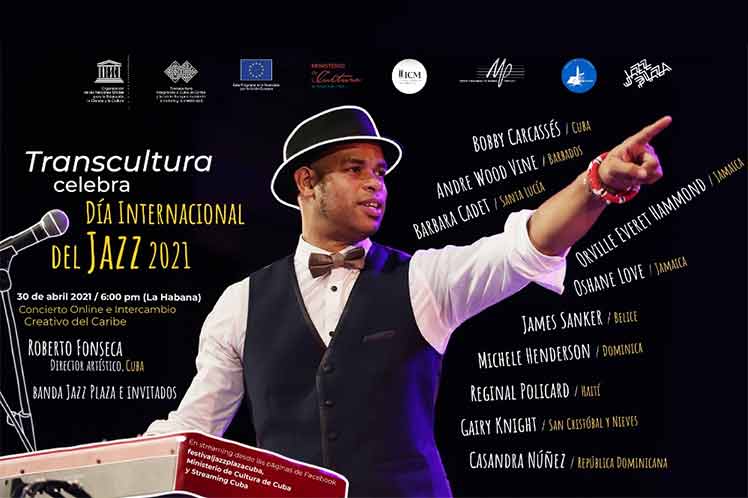 Pianist Roberto Fonseca, artistic director of the initiative, told Prensa Latina that this will be a special recital because it integrates the Caribbean and the quality of the artists.

We will reflect our jazz, he added, from its trends and different generations as of the performance by National Music Prizewinner Bobby Carcasses, Jose Luis Cortes and Cesar Pedroso.

The event framed in the Transcultura program, which integrates Cuba, other Caribbean countries and the European Union through culture and creativity, is set for 18:00 hours, local time.

Cuban institutions such as the Ministry of Culture and the Jazz Plaza Festival will broadcast the musical concert live on Facebook profile.

International Jazz Day has been celebrated annually on April 30 since 2011, established by the United Nations Educational, Scientific and Cultural Organization (UNESCO) to recognize the genre and its exponents.

Cuba is vital for the recovery of tourism in the Caribbean

Cuba is vital for the recovery of tourism in the Caribbean