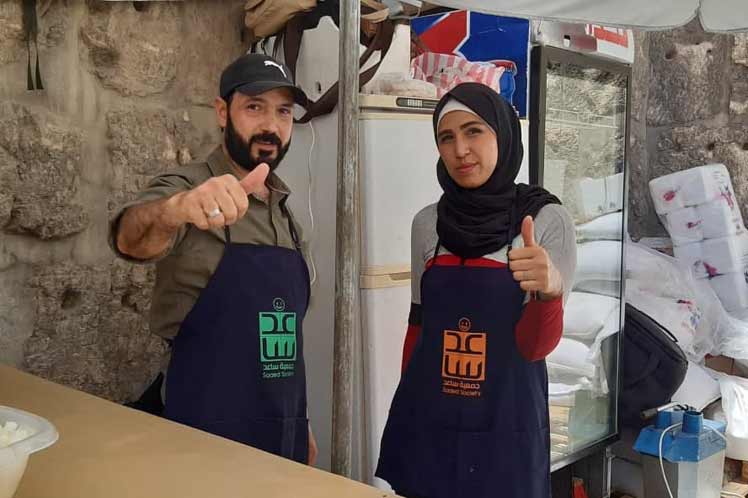 The main beneficiaries from this action are the most vulnerable social groups, the orphans, the displaced, the elderly and the disabled, Essam Habbal, founder of the group and head of the Board of Directors, told Prensa Latina.

He clarified that such humanitarian actions acquired exceptional importance in the last two years, especially following the intensification of the economic blockade by the United States and its allies, which exacerbated the needs of the people.

The Saed association was founded in 2013 and its ‘No to Hunger’ initiative is part of a group of actions carried out during Ramadan, the month of Muslim fasting, and managed in previous years to deliver more than one million food rations in five provinces.

Habbal acknowledged that the war increased the number of families in need, but at the same time it increased solidarity and mutual support among Syrians.

‘We do not receive help from any international organizations but from merely Syrian entities that finance the food that we cook and distribute,’ said Habbal.

Hundreds of volunteers take part in these actions and new people get involved every day, such as Sireen al-Sheikh, a 20-year-old woman who is a lab technician.

She told Prensa Latina that she is very happy to contribute and help vulnerable people and will continue with this action on other days outside of the month of Ramadan.

Meanwhile, Humam Saed, a 19-year-old pharmacy student, assured that he is very pleased by the social support that he provides to these families.